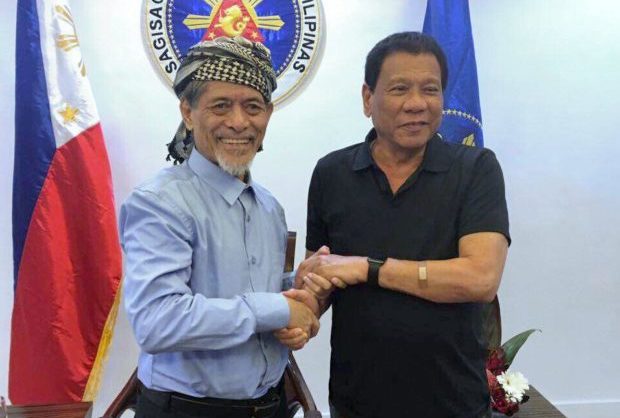 The President did not elaborate about the rumblings but reiterated his call to MNLF founding chair Nur Misuari to come out and talk to him.

“There are rumblings about the MNLF. Sabi namin come and join but Misuari is going out and I have ordered the military and police, may kaso siya e, allow siya, he will come back,” the President said in his speech at the 1st National Assembly of the Liga ng mga Barangay sa Pilipinas at the SMX Convention Center in Pasay City.

“Si Misuari is going out again and he has a case. Sabi ko hayaaan niyo,” he added.

Misuari, who is facing rebellion charges and has been in hiding, has been silent since the plebiscite was held to ratify the Bangsamoro Organic Law.

The Inquirer reported on Sunday that some complaints from the MNLF were already emerging against the composition of the BTA. /atm