UAE says its first astronaut going into space in September 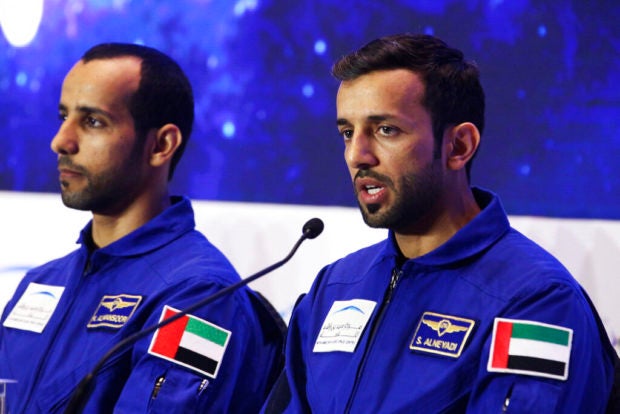 The UAE said on Monday it will send either Hazza al-Mansoori or Sultan al-Neyadi to the International Space Station on Sept. 25 aboard a Russian Soyuz rocket.

The UAE has a fledgling space program with big ambitions. It launched its first locally made satellite, KhalifaSat, in October from Japan. It wants to launch a probe to Mars in 2020.