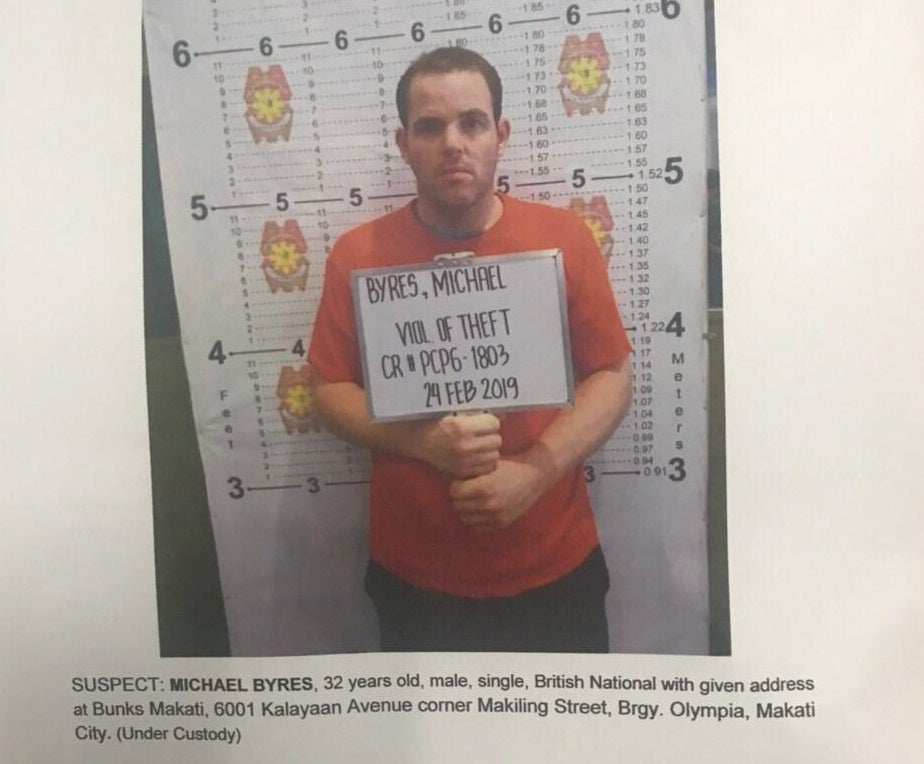 MANILA, Philippines — A British man was arrested on Saturday for reportedly trying to shoplift two sets of flat screen television in Makati City.

The Southern Police District identified the foreigner as Michael Byres, 32, who gave his local address at Bunks Makati at 6001 Kalayaan Avenue, Barangay Olympia, in Makati City.

Police arrested Byres at about 9:50 p.m. on Saturday after he brought out two sets of flat screen television from a supermarket without paying.

The foreigner failed to show a receipt for the television sets when confronted by the security guard.

The suspect is detained at the Makati City Police Station facing a theft charge. /cbb