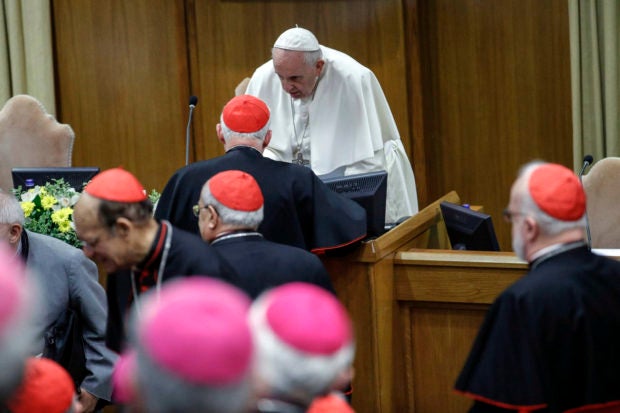 Pope Francis arrives at the opening of the second day of a Vatican’s conference on dealing with sex abuse by priests, at the Vatican, Friday, Feb. 22, 2019. Pope Francis has issued 21 proposals to stem the clergy sex abuse around the world, calling for specific protocols to handle accusations against bishops and for lay experts to be involved in abuse investigations. (Giuseppe Lami/Pool Photo via AP)

VATICAN CITY — Cardinals attending Pope Francis’ summit on preventing clergy sex abuse have called for a new culture of accountability in the Catholic Church to punish bishops and religious superiors who fail to protect their flocks from predator priests.

Chicago Cardinal Blase Cupich said Friday that new legal procedures were needed, and that lay experts must be involved at every step of the process to investigate and punish Catholic superiors when they cover up abuse.

Mumbai Cardinal Oswald Gracias said bishops must hold themselves accountable and work together because the problem is not confined to one part of the world.

Francis summoned 190 bishops and religious superiors for the four-day tutorial on preventing abuse and protecting children after the scandal erupted last year in Chile and again in the U.S. /gsg