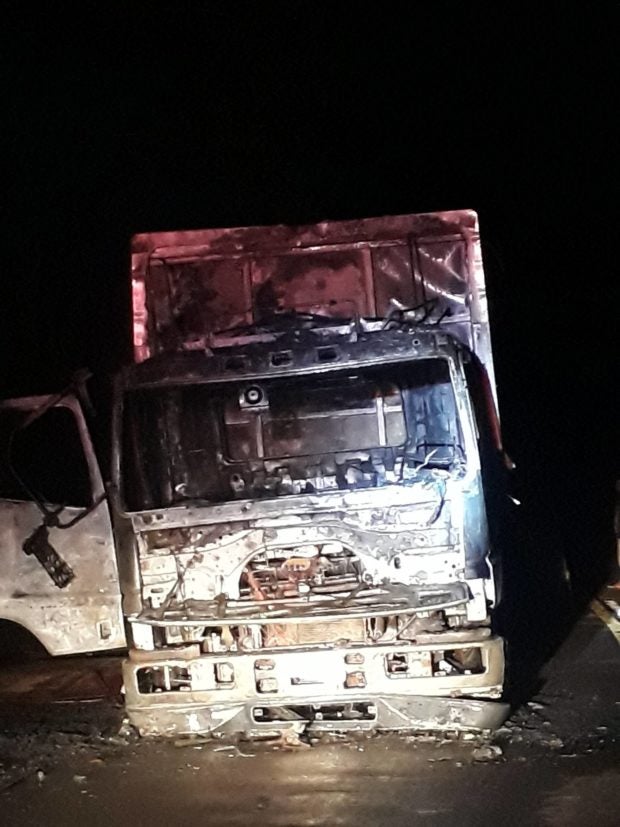 A 10-wheeler truck slumps on the ground after it was engulfed in flames in Barangay Tadoc, Abuyog town, Leyte on Thursday night. -photo by Robert Dejon, Inquirer Visayas

But no one was hurt as the truck driver, Lord Warren Maglasang, 23, and a resident of Davao City and his four helpers were able to get out when they noticed smoke coming out from the truck’s engine in Barangay Tadoc, Abuyog town, Leyte.

Senior Inspector Ronald Espina, Abuyog police chief, said in a phone interview that the truck with plate number AFA-6993 was loaded with construction materials from Davao City and was heading to Tacloban City.

He said Maglasang went down from the truck when he noticed smoke coming out from the engine.

When he saw that the engine had burst into flames, he and his helpers scampered for safety.

Espina said they had yet to determine what caused the fire that destroyed at least P2.5 million worth of property.