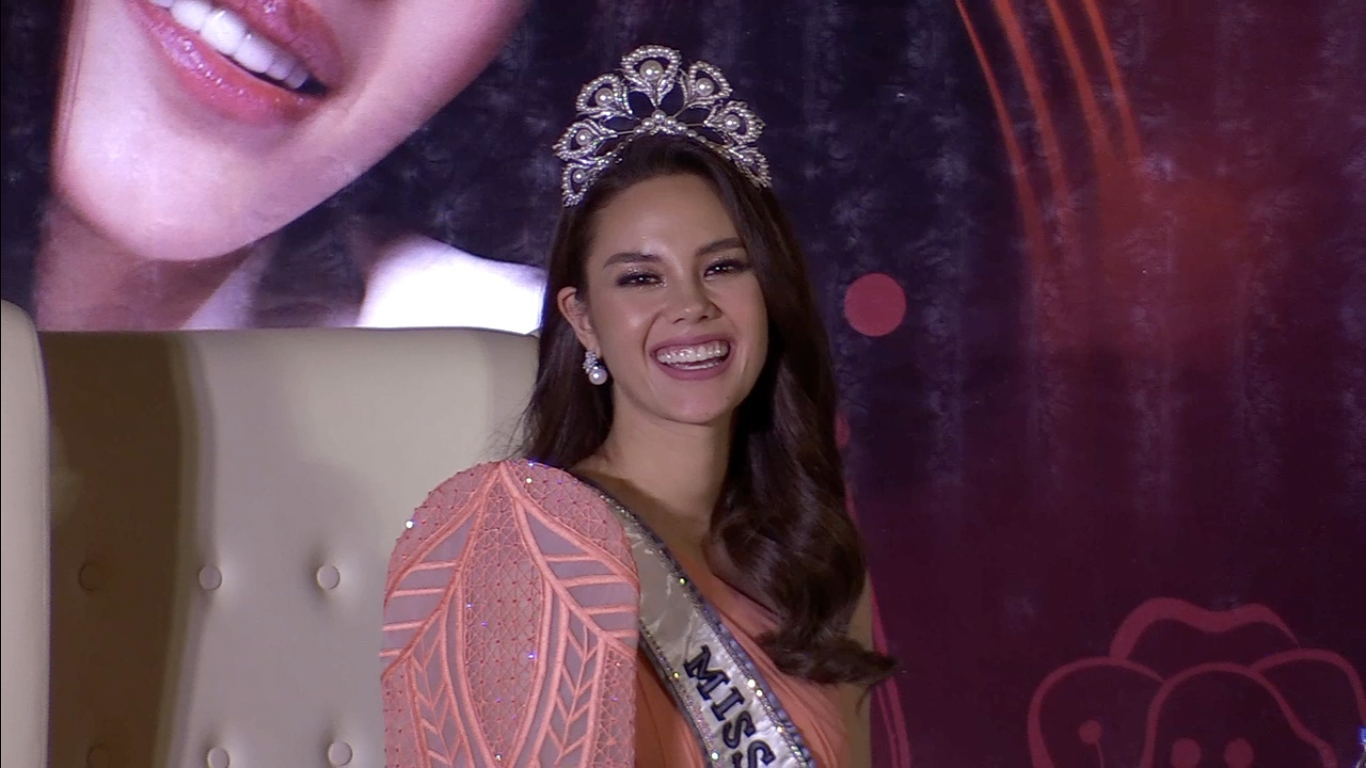 Miss Universe Catriona Gray may have been “misinformed” and needs to be “educated” about the proposal to lower the minimum age of criminal responsibility, presidential spokesperson Salvador Panelo said on Thursday.

“Educated means she might have been misinformed of the facts, given that the opposition to the lowering [of criminal age]  comes from critics of the administration,” Panelo said.

In a TV interview during her homecoming on Wednesday, Gray was asked about the bill lowering criminal age from 15 years to 12.

“I really feel that it’s important for us to readjust our focus as to why these children [are] committing those crimes,” Gray said. “I worked a lot with children and [every] one knows children are not disposed to … act that way.”

“As a nation, I think we should focus on eradicating the external pressures [that push children to commit crimes],” added Gray, whose advocacies include programs for urban poor children.

Panelo said that opposition to the bill lowering criminal age usually came from misconceptions that children would be jailed for committing crimes.

“Maybe Miss Universe does not understand … that the children won’t be jailed, but only rehabilitated,” he said.

“The bill includes rehabilitation, so you are solving, precisely, the problem why these people are engaged in crimes,” he added.

But Gray’s expression of concern is very welcome, Panelo said. “Every Filipino citizen should have [that] kind of concern,” he said.

Gray, the country’s fourth Miss Universe, waved a tiny Philippine flag from atop a float during a welcome parade that brought traffic to a halt on Metro Manila streets on Thursday.

“I was overwhelmed when I saw her, and she looked at me!” said Ednor Yaunbaes, 22, as he waved a pink flag. “At least I can say that before I die, I [have seen] a Miss Universe.”

The 25-year-old Gray wore a white and green jumpsuit with an off-white cape that has sampaguita and anahaw leaf patterns designed and executed by Mak Tumang. —WITH A REPORT BY ARMIN ADINA AND AFP