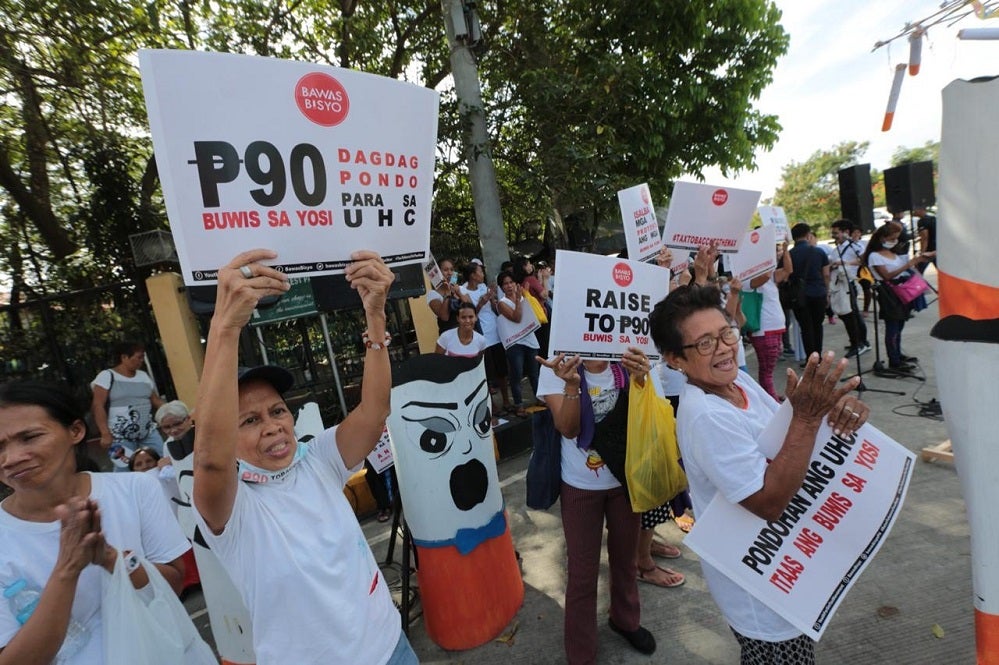 MANILA, Philippines – The excise taxes on cigarettes and alcoholic beverages as well PhilHealth premiums can help sustain funds for the Universal Health Care program until 2027, a PhilHealth official said Thursday.

“For the coming years, with the additional taxes from the cigarettes and alcoholic beverages, ang projection natin ma-susustain that aside from the GAA budget coming from DBM and premium collections na galing sa PhilHealth and other sources of funds,” Dr. Roy Ferrer, acting president of PhilHealth said in a press briefing on the Universal Health Care Act in Manila.

“Definitely ma-sustain ito even in the year 2027,” he added.

Ferrer was referring to the allocated budget in the General Appropriations Act (GAA) provided by the Department of Budget and Management (DBM).

Funds for the implementation of the law would come from the so-called sin taxes, Philippine Charity Sweepstakes Office, Philippine Amusement and Gaming Corp., Department of Health (DOH), government subsidy to PhilHealth and contributions of PhilHealth members.

According to Department of Health’s (DOH) computation, the law requires P257 billion in its first year but it is given only P217 billion in the proposed P2019 national budget.

Health Secretary Francisco Duque III, however, revealed during the press briefing that there would be additional sources of funds to fill the P40 billion gap.

“As we have heard over the past few days, mukhang merong humahanap na pondo para mapuwang yung 40 billion,” he said.

Senator JV Ejercito, who is the author of the measure in the Senate, said they have added P18 billion additional funds for the implementation of the law.

“During the bicam, before we submitted the budget, the Senate added P18 billion additional for the implementation of universal health care so at least palapit na ng palapit,” he said during the press conference.

“Aside from the P18 billion that was added in the Senate, during the bicam, the restoration of the [Health Facilities Enhancement Program] HFEP about P15.2 billion and another P4.6 billion for [Human Resources for Health] HRH. So a total of 20.8 billion, so sinasama din ito. That’s part of the Universal Health Care fund,” he said. / gsg