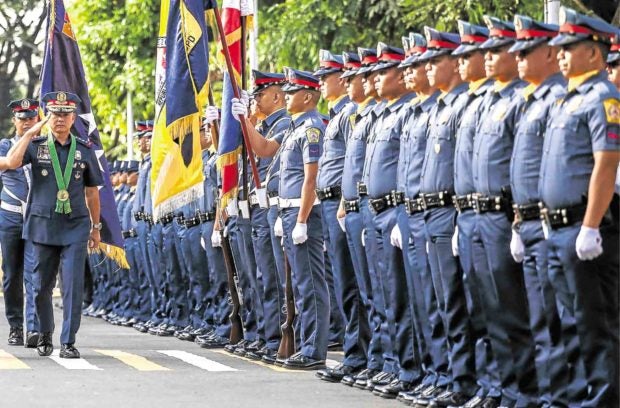 MANILA, Philippines—President Rodrigo Duterte has signed into law a measure that modifies the classification of ranks in the Philippine National Police (PNP).

Malacañang has yet to release a copy of the law but Executive Secretary Salvador Medialdea on Thursday already confirmed its signing.

The new law also clarifies the command and responsibility in the PNP for effective and efficient supervision and control among its uniformed personnel.

The new rank classification in the PNP shall be the following:

According to Senator Panfilo Lacson, principal author of the bill in the Senate and a former chief of police, an improved rank classification system in the PNP will help the police coordinate better with other law enforcement agencies in operations against crimes and terrorism. /jpv