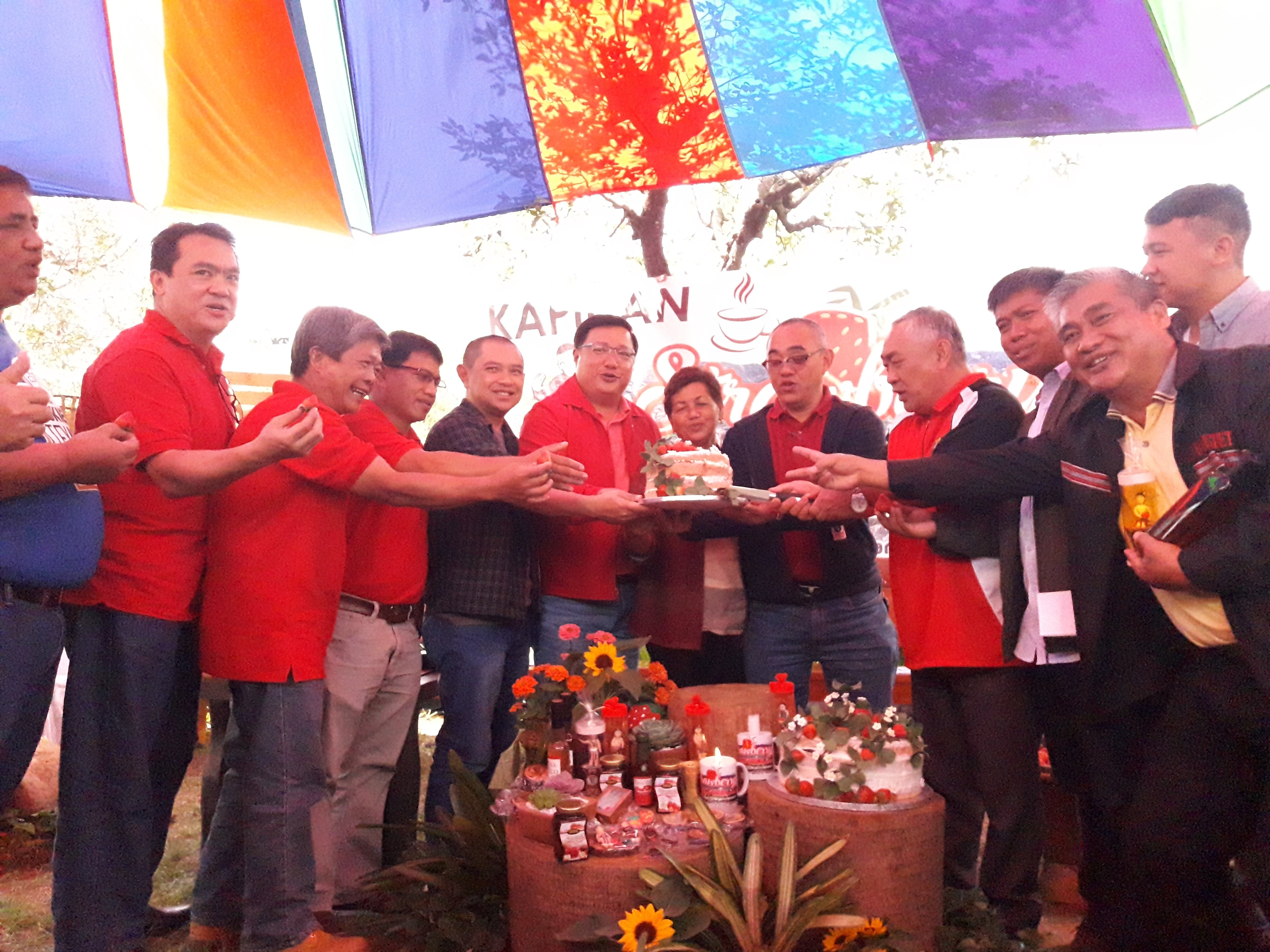 Organizers hold a ceremonial cutting of the small version of a strawberry shortcake during the formal launch of this year’s Strawberry Festival in La Trinidad, Benguet. PHOTO BY KIMBERLIE QUITASOL

LA TRINIDAD, BENGUET — This capital town of Benguet will replicate its giant strawberry shortcake next month as part of this year’s Strawberry Festival.

Councilor Estrella Adeban said the replica would be displayed at the town’s Lednicky Hall on March 23 and would be sliced around 11 a.m.

Benguet secured the Guinness World record for the largest strawberry shortcake in 2004 after displaying a 9.6-ton giant cake.

“The first 50 slices will be given to the public for free. The rest will be sold at an affordable P20 per slice,” Adeban said during the press briefing here on Wednesday.

In 2004, the whole giant strawberry cake was given to the public for free.

This year’s month-long Strawberry Festival celebration would run from March 4 to 29, organizers said.

The main street dancing and float parade will be on March 18 while the closing program will include a wine fair. Kimberlie Quitasol/lzb