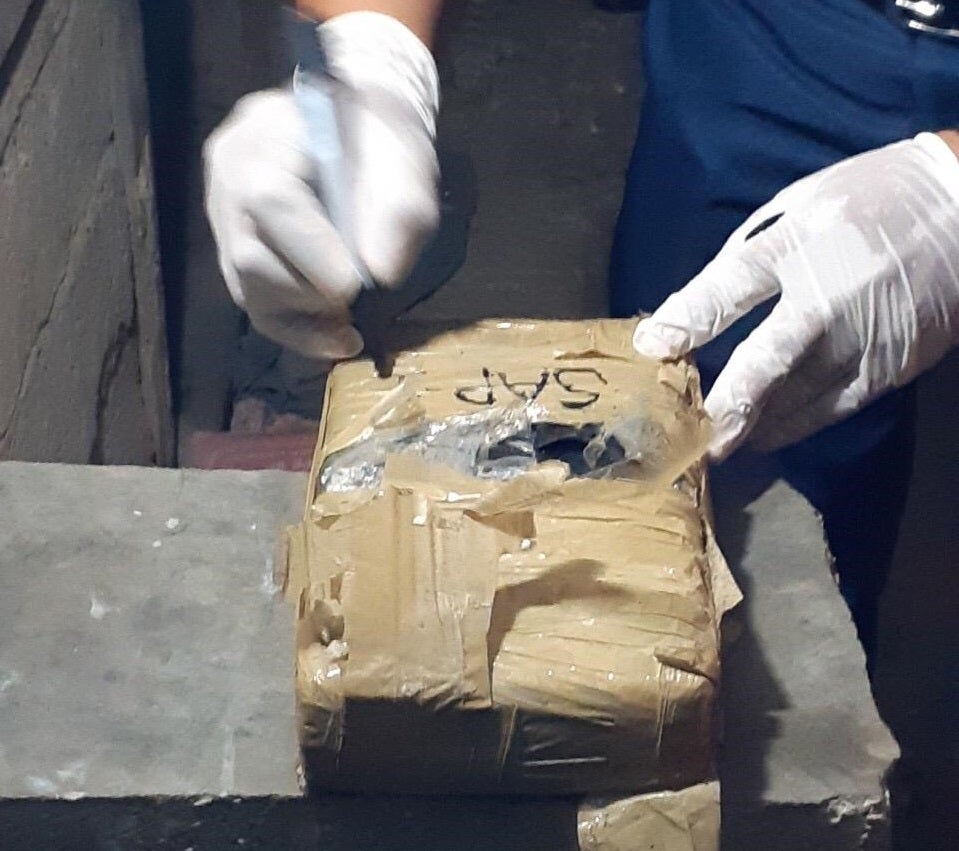 A policeman inspects the package of suspected cocaine that was found on the shoreline of the town of Perez in Quezon province on Sunday, Feb. 17, 2019. PHOTO COURTESY OF POLICE REGIONAL OFFICE 4A

A report from the Quezon Provincial Police Office said a 16-year-old student of Perez National High School found the pack of suspected cocaine while he was picking seashells on Sunday. He partially opened the pack but left it after seeing only a soggy substance with a foul smell.

The student then saw a television report on the cocaine found in Mauban and told his parents about the pack of suspected cocaine he left at the shore. His parents then informed local officials in their village on Tuesday.

The recovered item will be brought to the provincial laboratory of Lucena City for examination. Police are also coordinating with fishermen for possible recovery of other packs of suspected cocaine washed ashore. /cbb