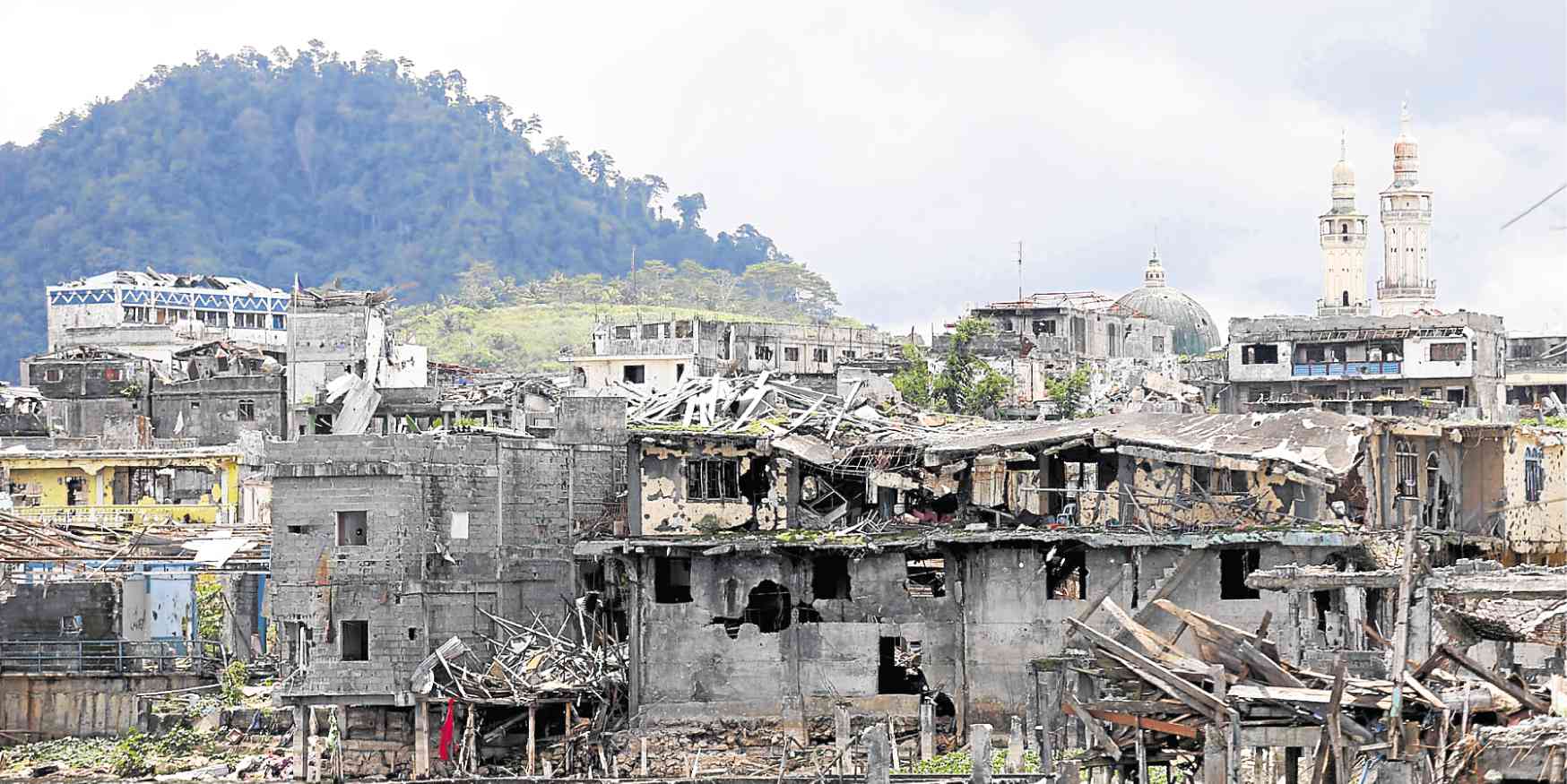 MARAWI AID Foreign governments and agencies are contributing funds to rebuild Marawi City and help its residents recover from the five-month war between government troops and the Maute terror group. —JEOFFREY MAITEM

TFBM chairman Eduardo del Rosario asserted Marawi City is currently “alive and booming” and “full of economic activity” contrary to a Washington Post article published February 1, which stated “Marawi looks almost as it did when the bombs and bullets stopped flying in October 2017.” The news article noted that no new structure has been built and debris has not been cleared in Marawi City since the war ended.

Marawi City served as battle ground for five months between the armed forces and Maute group, which attempted to establish a caliphate there.

Maute group led by brothers Omar and Abdullah Maute and assisted by a faction of the Abu Sayyaf group under Isnilon Hapilon started their siege of Marawi City on May 23, 2017.

According to Del Rosario, the Washington Post article “overly dramatized negatively” the current situation in Marawi City. He underscored that the most-devastated area in the city was only 250 hectares as opposed to the city’s total area of 8,000 hectares.

“If the writer of the article was referring to the most-affected area, that is only 250 hectares and that was devastated during the siege for five months,” Del Rosario said.

“And 250 hectares is just .03 percent of the total area of 8,000 hectares. Mukhang masyadong na-dramatize negatively (ang situation),” he added.