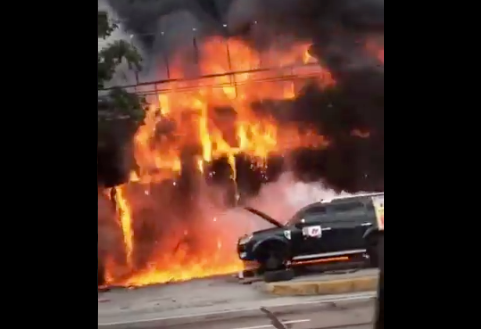 MANILA, Philippines – Investigators recorded an estimated P10 million from damage in the fire that gutted an auto repair shop in Mandaluyong City on Monday, a Bureau of Fire and Protection report showed on Tuesday.

According to the spot report obtained by INQUIRER.net, the fire that started at 11:14 a.m. originated from the stockroom of Prestige Autosports Center Corporation owned by Raymund Lu Go.

The stockroom was located between the showroom and the work area of the shop.

From the stockroom, the fire quickly spread to the showroom. Several cars under repair and maintenance were destroyed by the blaze.

A car parked inside the shop burned and the heat caused the explosion of drums of used oil.

A Mustang, a Porsche, and a Subaro owned by a private individual, two closed vans owned by the company, and two vehicles of reelectionist Senator JV Ejercity were reportedly among the vehicles affected by the fire.

The BFP did not record any casualties from the incident. /cbb