Woman kicked off from plane for spitting at passenger, hitting cabin crew 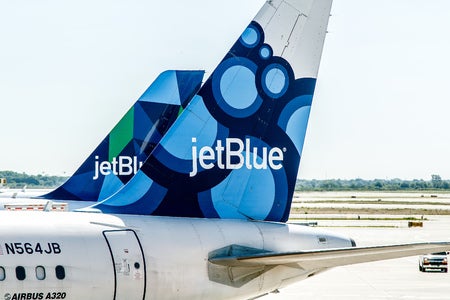 One woman had to be removed from a Las Vegas flight following an outburst that saw her spitting at a fellow passenger and hitting a cabin crew — all because she did not want to sit next to a 3-year-old.

The incident happened at the Fort Lauderdale-Hollywood International Airport in Florida on Feb. 14, as per CBS Miami last Feb. 15. The woman, 32-year-old Valerie Gonzalez, went on an expletive-laden tirade upon boarding the JetBlue Airways flight when she discovered she would be sitting next to a 3-year-old child.

“I’m not sitting next to a (expletive) three-year-old,” Gonzalez was quoted as saying. “I’ve been drinking all day.”

Gonzalez apparently stood up from her seat to transfer to another that was not hers. She then cussed at the passengers sitting in front of her and, at one point, was captured on video spitting at a passenger, as per various reports.

She was escorted off the plane by a Broward Sheriff’s deputy, but attempted to board the plane again. When blocked by a gate agent, Gonzalez reportedly hit her.

She also refused to walk and comply with the officer’s commands when taken into custody. As per report, leg restraints had to be put on Gonzalez to stop her from kicking people. She was then wheeled out of the terminal in a wheelchair.

Gonzales has since been charged with battery. Cody Cepeda/JB

‘Creepy’ napkins handed to airplane passengers prod them to flirt