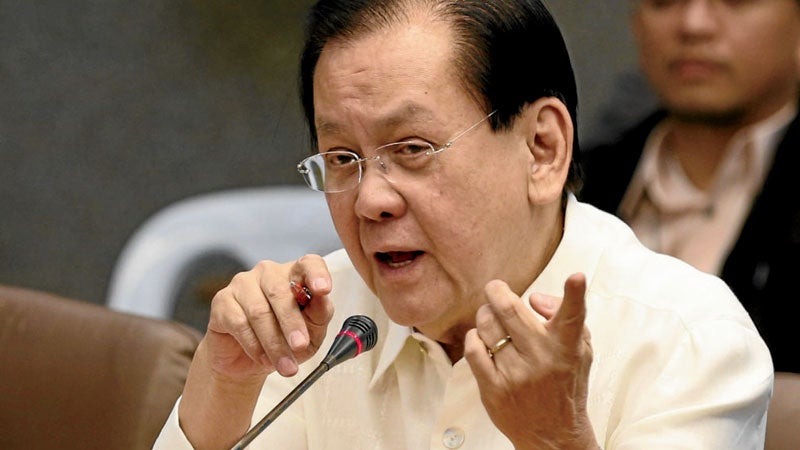 MANILA, Philippines – Lifting restrictions in the bank secrecy law has not moved forward in Congress because the “lower house does not seem to want it because it hides their assets,” former senator Serge Osmeña III said Tuesday.

Congress is composed of two houses: the lower House of Representatives and the Senate.

Osmeña, who is seeking a Senate comeback in the May 2019 polls, made the remark after President Rodrigo Duterte asked the Congress to pass a general tax amnesty bill that would lift bank secrecy for fraud cases.

“It is very important to lift restrictions of bank secrecy law but unfortunately we haven’t been able to do that in about 60 years,” Osmeña told the ABS-CBN News Channel.

“Well, I don’t know. The lower house doesn’t seem to want it and well, because it hides their assets,” he added, when asked the reason why.

He noted that it was vital to loosen the bank secrecy law as it was the only way to “catch people who are doing wrong.”

“It needs to be lifted in case of income tax violation,” he said.

The former senator said he supported Duterte’s move to call for the lifting of bank secrecy on fraud cases.

“He’s (Duterte) correct in doing that (in asking for lifting of bank secrecy),” Osmeña said.

“I hope he’s getting Congress at least to lift it in cases of fraud. If he can get it in the basis of fraud, that’s good,” he added. /cbb