P120,000 worth of marijuana seized in Valenzuela buy-bust 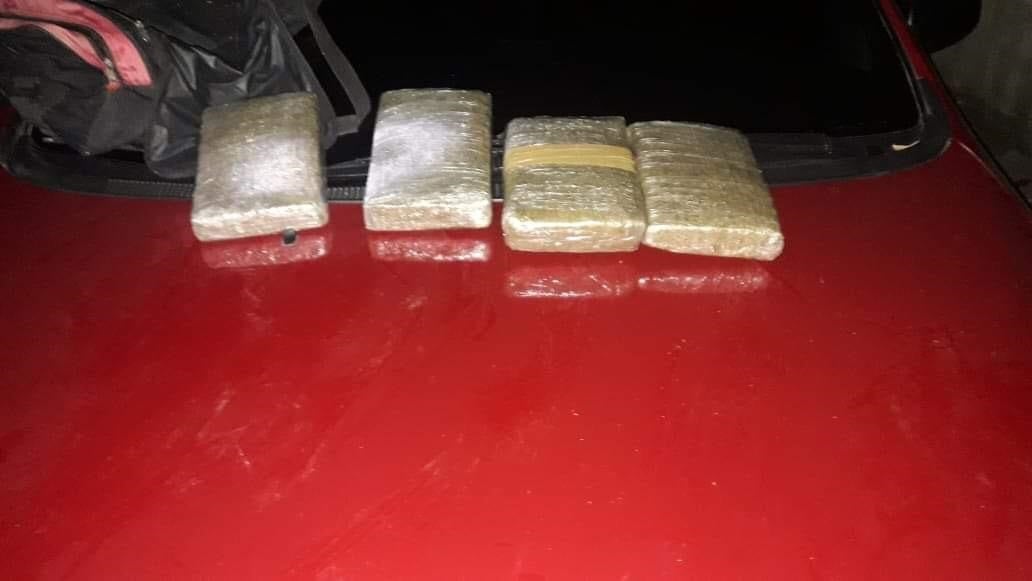 Four bricks of suspected dried marijuana leaves worth P120,000 are displayed on the hood of an alleged drug trafficker’s car in Valenzuela City on Tuesday, Feb. 19, 2019. PHOTO FROM VALENZUELA POLICE

MANILA, Philippines — Around P120,000 worth of suspected dried marijuana leaves were seized by the police in a buy-bust operation in Valenzuela City on Tuesday.

Members of the Station Drug Enforcement Unit of the Valenzuela City Police Station, in coordination with the Philippine Drug Enforcement Agency, launched the operation at about 1 a.m. along 7th Street in Fortune Village 5, Barangay Parada.

The police reported that an undercover officer bought from Johnedel Geronimo P500 worth of marijuana inside a red Toyota Innova. After getting the marijuana, the policeman signaled to other policemen, who arrested the suspect and recovered from him P2,000 cash.

Another policeman responded and confiscated from another suspect Methusela Paradero the marked money.

The suspects were brought to Valenzuela City Police Station for investigation and the possible filing of drug charges. They will undergo drug testing, according to police.

Confiscated evidence will be turned over to the Crime Laboratory Office in Camp Crame, police said. /cbb