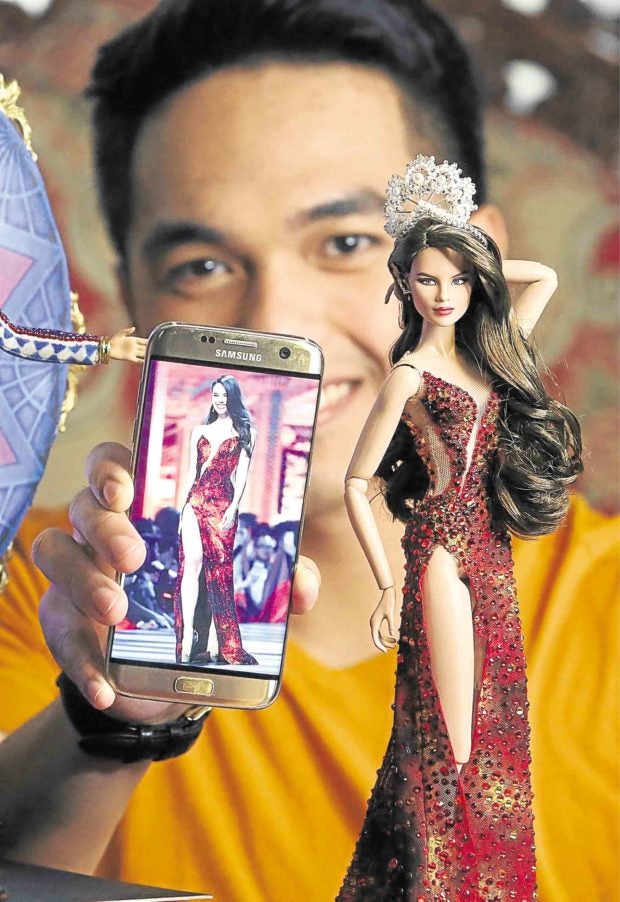 MINI MISS U A Miss Universe 2018 Catriona Gray doll, also dressed in the now-famous “lava” gown, is the latest creation of Alvin Ocampo who makes miniature versions of celebrities in his free time. Gray is in the country for her welcome parade on Feb. 21. —MARIANNE BERMUDEZ

Miss Universe 2018 Catriona Gray will literally stop traffic when she goes around parts of Metro Manila for her official homecoming parade on Thursday, Feb. 21.

The Metropolitan Manila Development Authority (MMDA) said that to give way to the event, it would implement a stop-and-go scheme along major roads in Pasay, Manila and Makati.

The parade will start at the Sofitel Philippine Plaza Manila at 2 p.m., it added. The route, however, has yet to be disclosed.

Roads on which traffic will be affected are Diokno Boulevard, Atang dela Rama, Vicente Sotto Street and Roxas Boulevard in Pasay City; T.M. Kalaw and Taft Avenue in Manila; and Gil Puyat and Ayala Avenues in Makati City.

The MMDA said it would conduct clearing operations along the route ahead of the parade to remove illegally parked vehicles and other obstructions.

More than 200 traffic enforcers would also be deployed to secure the motorcade route.

The Filipino-Australian beauty queen—the fourth Philippine representative to be crowned Miss Universe—returned to the country on Saturday in preparation for Thursday’s event.

Gray is expected to attend another event in her honor on Feb. 23.

ADVERTISEMENT
Read Next
NCRPO targets gun-for-hire syndicates
EDITORS' PICK
UP-PGH wards for COVID-19 patients finished in 5 days
Cebu City closes its borders
IATF: Food firms to operate with 50% of workforce during Luzon quarantine
BREAKING: 1,075 people in PH has coronavirus disease – DOH
Style and music journeys with Claudia Barretto
DILG to stranded workers: ‘Stay where you are’ until Luzon-wide quarantine is over
MOST READ
Pacquiao to seek probe on leaked private letter from Barangay Dasmariñas
All 3 COVID-19 positive patients in Bicol sent home
Nurse who assisted patient ‘PH744’ in Nueva Vizcaya tests positive for COVID-19
No more bread? Company forced to limit production
Don't miss out on the latest news and information.