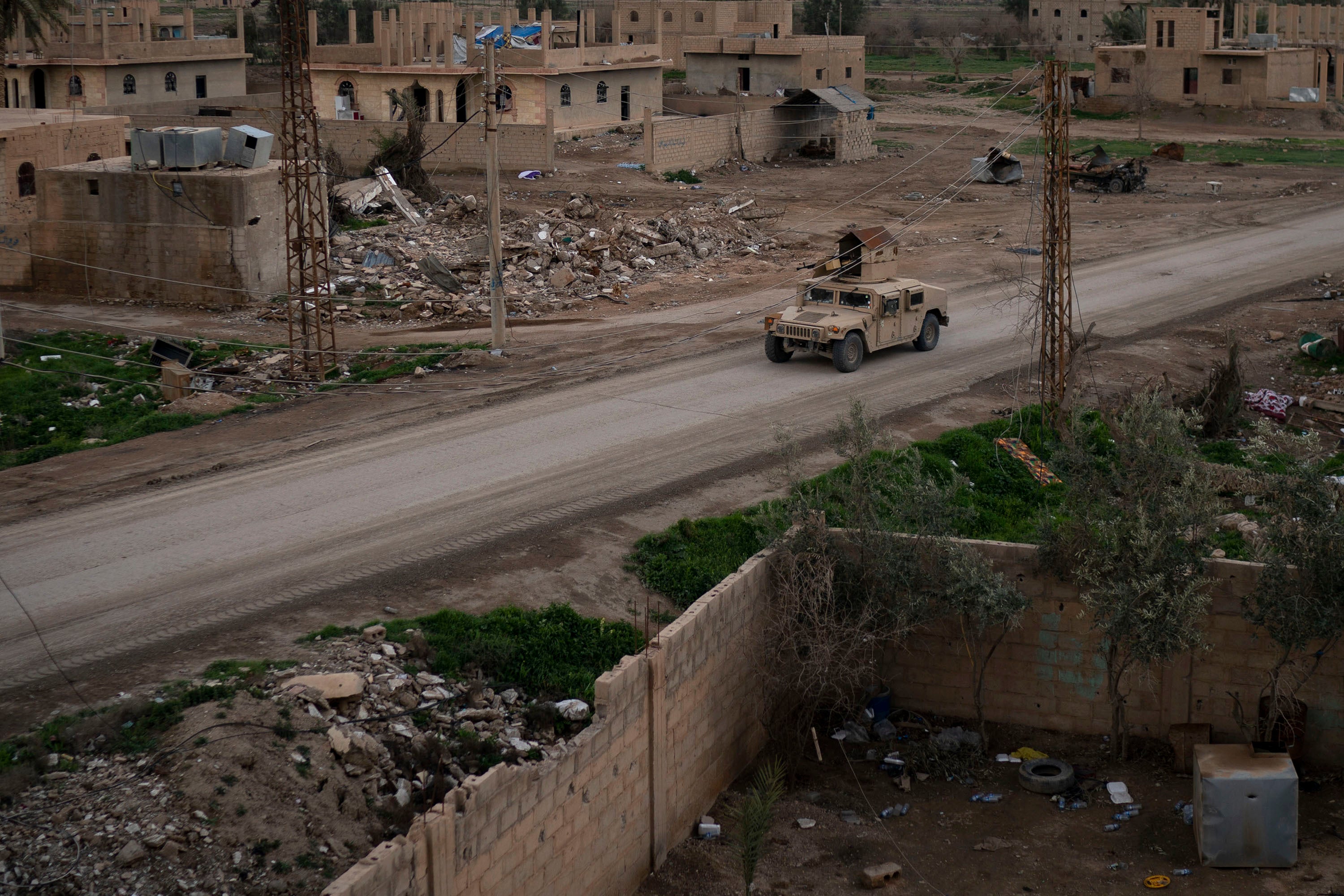 A Humvee drives in a village recently retaken from Islamic State militants by U.S.-backed Syrian Democratic Forces (SDF) near Baghouz, Syria, Sunday, Feb. 17, 2019. Islamic State militants are preventing more than 1,000 civilians from leaving a tiny area still held by the extremist group in a village in eastern Syria, a spokesman for the U.S.-backed Syrian militia fighting the group said Sunday. (AP Photo/Felipe Dana)

AL-OMAR OIL FIELD BASE, Syria — More than 300 Islamic State militants who are holed up in a tiny area in eastern Syria were refusing to surrender to U.S.-backed Syrian forces and trying to negotiate an exit.

A person familiar with the negotiations said militants were asking for a corridor to the rebel-held northwestern province of Idlib. He spoke on condition of anonymity because he was not authorized to speak about the talks, which he described as taking place indirectly.

The Britain-based Syrian Observatory for Human Rights, an activist group that monitors the civil war in Syria, said another request by the Islamic State group to be evacuated to neighboring Iraq was also rejected.

The militants have been making their last stand in eastern Syria, hiding among hundreds of civilians. /kga