Man’s car stolen while he’s asleep in back seat

NEWARK, Del. — A man’s nap in the back of his car in Delaware turned into a nightmare after the car he was sleeping in was stolen and crashed. 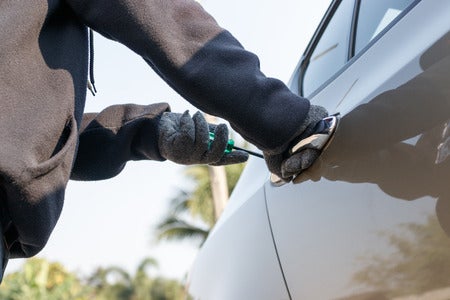 Musician Justin Koerner told the News Journal he had spent a night playing music with friends, went to sleep in his vehicle and had a dream involving someone jumping in his front seat.

A Newark police statement says someone drove off in the car Sunday morning and bailed after seeing the man sleeping in the back. Police say the car crashed.

Koerner says he awoke and saw car treads on a lawn and a destroyed bush, then realized he hadn’t been dreaming. He says police appeared ready to take him away before another officer said a neighbor had security camera footage of the incident. NVG

Mom pins down man trying to steal her SUV