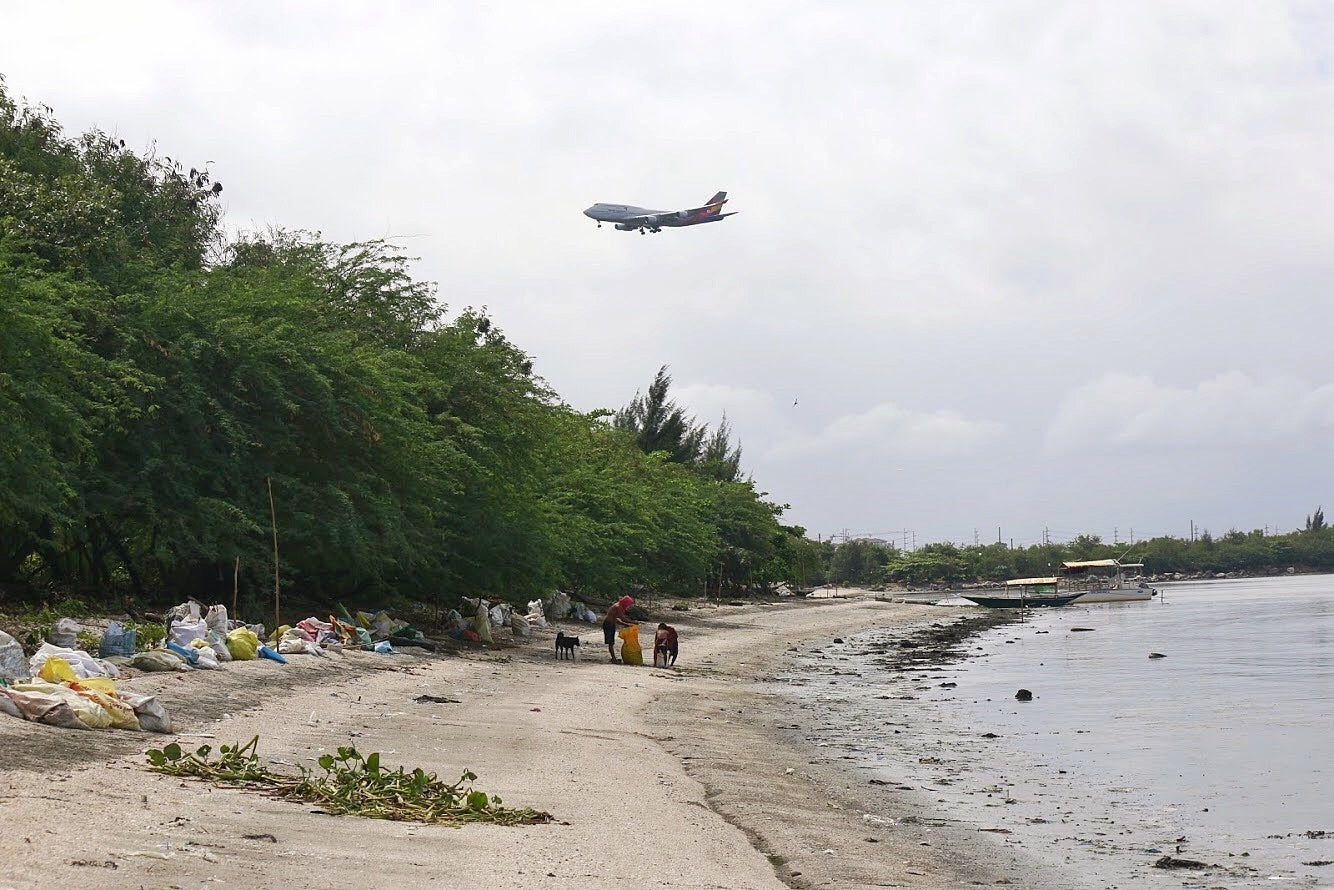 HARDLY A BORACAY, BUT . . . Thanks to the efforts of farmworkers and volunteers, this sandy southern coastline of Manila Bay has become a welcome sight in recent years. —PHOTOS BY JHESSET ENANO

In the southern part of Manila Bay, just off the busy Coastal Road, two islands marked by lush canopies and flocks of birds provide a breather from the metro’s urban blight.

This nature reserve has been Nestor Mabini’s second home for over a decade. He is, along with four other men, a “farmworker” tasked to look after the rich biodiversity in the area.

With more than 36 hectares of mangrove forest between them, Freedom Island and Long Island stand as Metro Manila’s last coastal frontier against rough waves and storm surges.

The two islands created by reclamation projects in the bay form the Las Piñas-Parañaque Critical Habitat and Ecotourism Area. Stretching more than 175 ha, this wetland ecosystem is made up of mangroves, salt marshes, mudflats, lagoons, ponds and mixed beach forests.

Over 80 species of resident and migratory birds, including the endemic and highly threatened Philippine duck and the vulnerable Chinese egret, have been recorded here.

But Mabini’s longtime challenge is dealing with household garbage. Discarded objects, from car tires to soiled diapers, make their way from households down to the rivers and estuaries flowing toward Manila Bay, and end up on the sandy coast of the ecotourism area.

“Sometimes, the trash can even cover the entire shore,” Mabini said. Along with the “Bakawan Warriors” and other volunteers, most of his days are spent cleaning up the area, hauling sacks and sacks of garbage at the end of the day.

In 2007, the ecotourism area was declared the Philippines’ first critical habitat, having been found to host threatened species including birds that use the East Asian-Australasian Migratory Flyway. Just last year, it was cited as a protected area, one of the 94 new sites under the Expanded National Integrated Protected Areas System Act.

But even with the recognition of its valuable status, the area remains under threat of being laid waste—by human waste.

Its story is not unique. Nationwide, wetlands are being degraded and converted — a reality that alarms environment officials and conservation groups.

As habitats of various bird and marine life species, wetlands are among the world’s most productive environments. From inland bodies such as lakes, rivers, marshes, peatlands and swamps to coastal areas and coral reefs, wetlands also act as effective carbon sinks, flood regulators, even natural water filters.

But for all that, the extent of the damage worldwide was recently revealed in the Global Wetland Outlook, published in 2018 by the Ramsar Convention on Wetlands, an international treaty for wetland conservation to which the Philippines is a signatory. 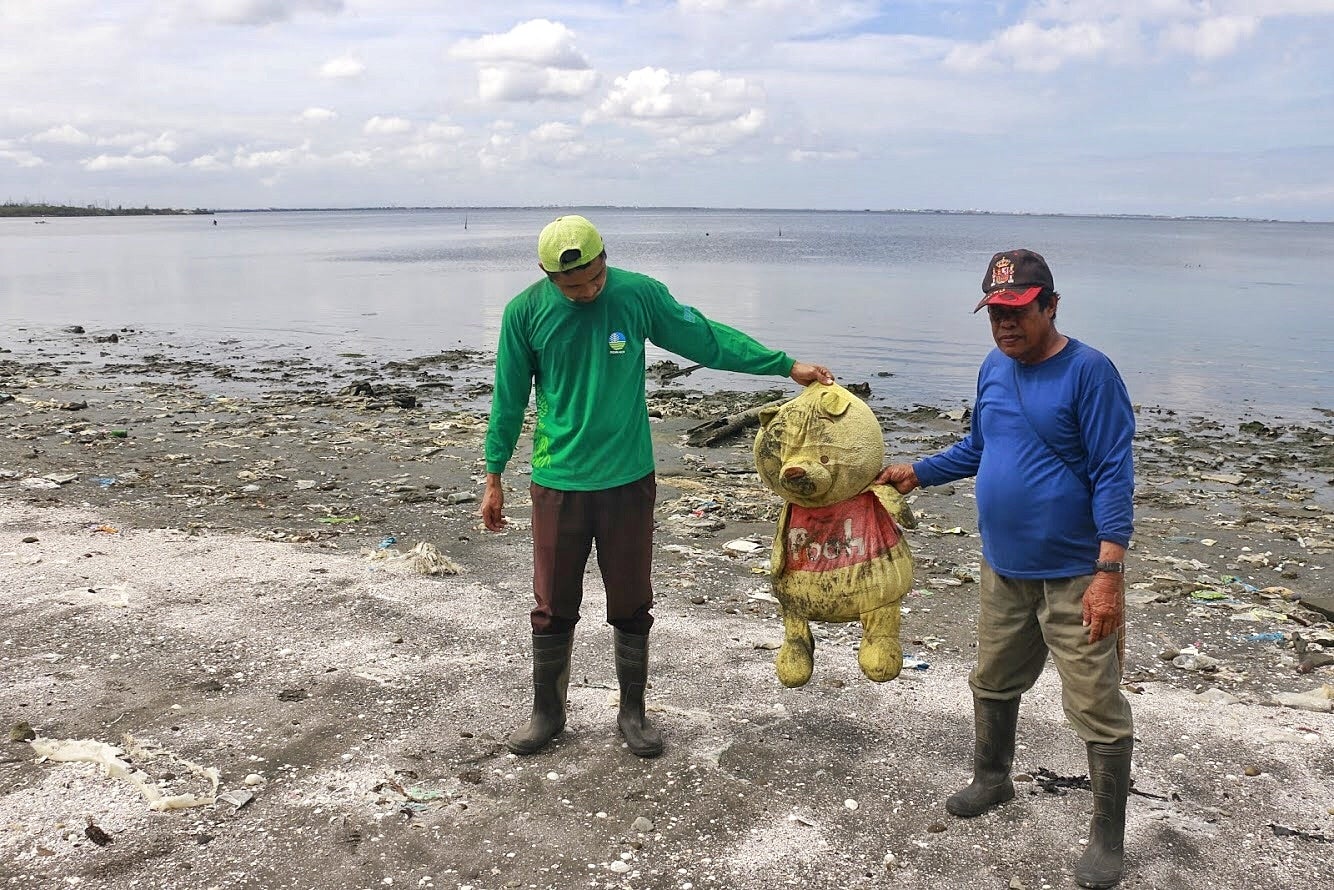 BEACHED BEAR Among the garbage that wash up on the beach are toys like this soiled Winnie the Pooh.

According to the study, available data show that some 35 percent of wetlands have been lost from the 1970s to 2015. This rate is thrice faster than forest loss, researchers say.

Factors contributing to the wetlands’ decline include drainage, conversion, pollution and extraction activities. Indirect drivers, including climate change and global megatrends such as urbanization, also play a part.

Unfortunately, the local situation mirrors this global trend, said Amy Lecciones, vice president of the Society for the Conservation of Philippine Wetlands.

“There is an alarming degradation, particularly for inland wetlands and freshwater ecosystems,” she said. “They are often seen as wastelands, since swamps and marshes may not seem as charismatic as coastal areas or coral reefs, where intervention measures are already in place.”

Encroachment also poses a serious threat, Lecciones added. Some wetlands are either drained out or reclaimed and converted into commercial or residential areas.

But just how fast the Philippines is losing these ecosystems is unclear due to insufficient data.

Joy Navarro, senior ecosystems management specialist at the Department of Environment and Natural Resources (DENR), said it was only when the Philippines signed the Ramsar Convention in 1994 that it began to formally collect information on its vast wetlands, particularly those inland.

“Our inventory right now is still incomplete, as updates are still ongoing,” she said.

In 2016, the DENR’s Biodiversity Management Bureau published the first edition of its atlas on inland wetlands, accounting for 244 such ecosystems, as well as over 2,400 river systems nationwide. The latest records now show an additional 22 identified sites, adding up to 266 inland wetlands, Navarro said.

Lakes account for over 70 percent of inland wetlands. More than half are in Luzon, followed by Mindanao. 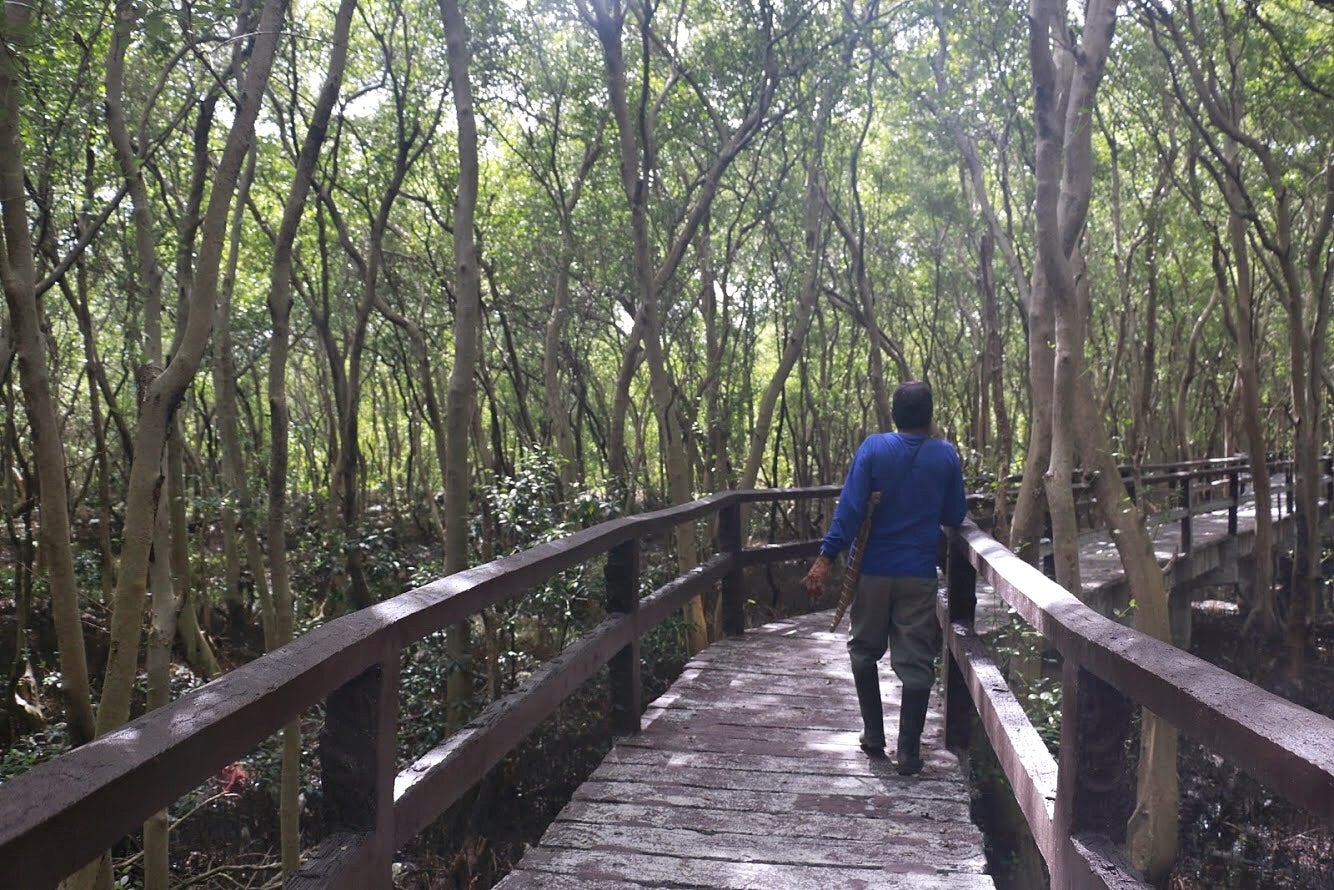 WALKING THE TALK A farmworker takes a stroll amid a lush mangrove forest in the Las Piñas-Parañaque wetlands.

But individual assessments on each wetland—including its status, resources, threats and services—are still works in progress. Data collection can be tricky, however, due to low manpower and low awareness among communities and even environment personnel.

Navarro echoed Lecciones’ concern on inland wetlands: Compared to coastal areas, inland bodies of water are not prioritized. Often, they are ignored—until seen as a possible area for conversion and development.

The 2016 atlas provides an initial look at certain inland wetlands, but more information is needed to craft management plans. These plans have to be specially designed for each ecosystem to ensure its conservation and protection.

Initial records from the DENR show management plans for only 10-12 percent of inland wetlands, Navarro said. She did not specify the areas, but noted that most of these plans were for ecotourism purposes. “Wetlands that are not seen as a potential source of income and livelihood are not even managed,” she said.

But even the data on whether these are coastal or inland wetlands are hazy. The law requires a specific management plan for wetlands classified as protected areas, like the Las Piñas-Parañaque wetlands, complicating the process of keeping track of the conservation plans for these ecosystems.

“The challenge with wetland management planning starts with identification and assessment, including determining the extent of the management area,” Navarro said.

But the capacities on the ground do not meet the need for such a huge volume of information.

“When it comes to concerns in field offices, there is no particular focus on wetlands,” Navarro said. Most offices have only a few personnel doing several tasks on different ecosystems, she said, adding:

“Although the DENR has the mandate for conservation, it also needs the help of many other agencies for a harmonized and concerted effort to conserve wetlands.”