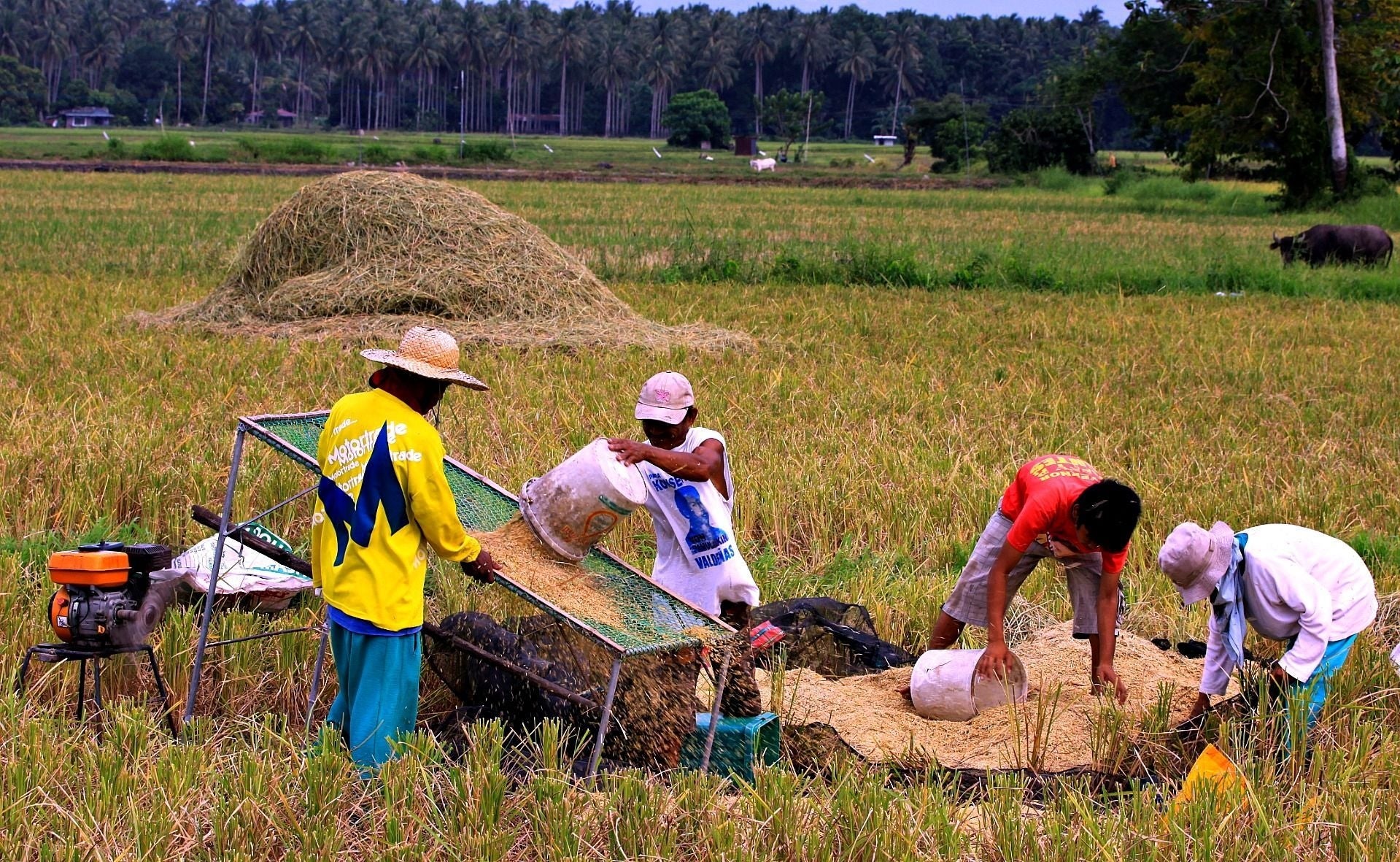 FOOD SECURITY The government promises cheap rice for consumers by removing restrictions on the volume of imported rice but opponents of the law imposing tariffs on the imports have reservations about it. They believe it would be unwise to rely on foreign sources for the country’s food security while local farmers are unable to compete with rice from abroad. —INQUIRER PHOTOS

Lawmakers expressed a mix of guarded optimism and skepticism over the future of the local rice industry following the enactment of the rice tariffication law, which the Duterte administration and its congressional allies said would help lower the price of the staple and ensure supply.

Sen. Cynthia Villar, chair of the Senate agriculture committee and one of the proponents of the law, on Saturday said the measure would help farmers “improve their profitability and competitiveness.”

The law replaces the quantitative restrictions on imported rice with a tariff on the imports.

The tariff is 35 percent for rice from members of the Association of Southeast Asian Nations (Asean) and 50 percent for imports from non-Asean countries.

The revenue would be used to build up the P10-billion Rice Competitiveness Enhancement Fund, or Rice Fund.

The Rice Fund would be used to purchase farm machinery to bring down farmers’ labor costs, provide them seeds to increase their harvest, develop and modernize postharvest facilities, promote rice research and inbred rice seeds, provide credit and extension, and skills development services.

The militant Kilusang Magbubukid ng Pilipinas (KMP), however, disputed the government’s claims about the benefits from the law.

KMP said the law would open the country to “unbridled rice importation and increasing rice prices” and its implementation was “equivalent to a death sentence for the local rice industry and rice farmers.”

The group said the law would directly affect the livelihood of 13.5 million rice farmers and 17.5 million farmworkers and their families. 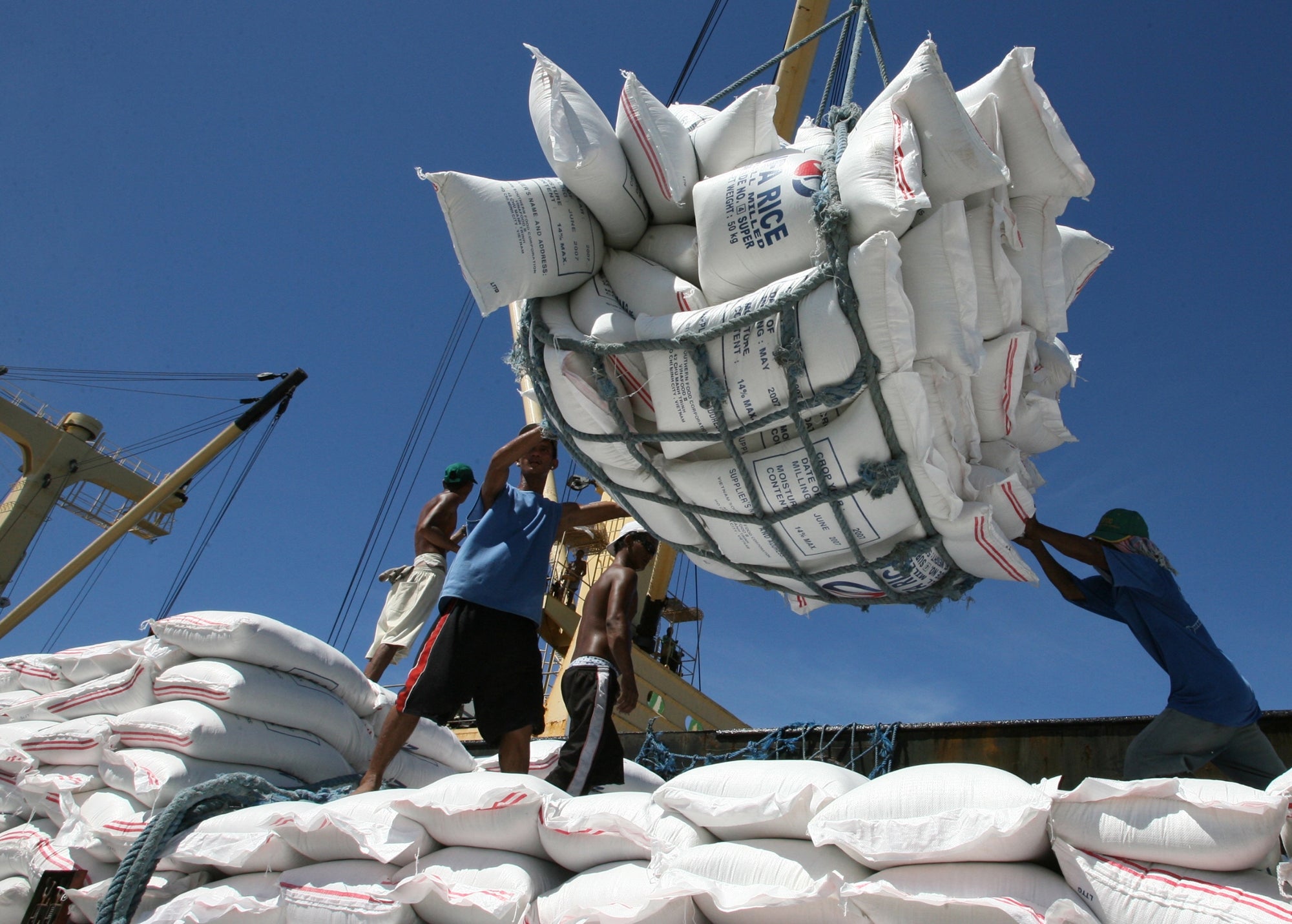 IMPORTED RICE/July 05, 2007
Workers unload sacks of rice from the Vietnam cargo ship in the port of Tabaco, Albay. The National Food Authority (NFA) imports 10,800 metric tons of rice from Vietnam due to shortage of supply.
INQUIRER PHOTO/EDWIN BACASMAS

“Rice tariffication will only push the country to unprecedented hunger,” Ramos said, citing decades of rice importations that he said did not guarantee sufficent supply and lower prices.

Sen. Francis Pangilinan also said the rice tariffication law might be the “death knell” for the local rice industry.

Pangilinan, a former presidential adviser on food security, advised vigilance over its implementation to make sure the law was properly followed, especially its safeguards “to ensure that they will benefit the farmers and the industry, which will bear the brunt of the influx of imported rice.”

He noted that the government had promised that the additional revenue from the Tax Reform for Acceleration and Inclusion (TRAIN) law would ease people’s lives, but it led to higher fuel prices that drove up the prices of basic goods. It also led to extra transportation costs for farmers.

House Deputy Majority Leader and Kabayan Rep. Ron Salo, one of the authors of the law, also urged the government to implement safety nets and support to rice farmers “fast and substantially.”

Leyte Rep. Henry Ong said he would keep a close watch over the Land Bank of the Philippines on its specific mandate to manage the credit facility component of the law.

Ong said the bank must make sure all rice farming families were covered by grants and loans from the Rice Fund, especially those who did not have bank accounts, and those who were victims of natural and man-made calamities.

Anakpawis Rep. Ariel Casilao, who opposed the rice tariffication measure, said he would seek its repeal.

He said Filipinos could not rely on rice shipped from thousands of kilometers away because that would be “totally contrary to food security.”

“Relying (on) other countries for food is not food security, and will threaten improved quality life for all, the basic human right to food, a self-reliant and independent economy, comprehensive rural development, agrarian reform, and rights of farmers and farmworkers, all said in the Constitution to be promoted and protected,” Casilao said.

Bayan Muna Rep. Carlos Isagani Zarate said that with tariffication, rice cartels could tighten their hold on price and supply.

“What is likely to happen with this rice tariffication law would be similar to the pricing of oil which is highly dependent on the international market. This will further increase prices of commodities already made very high by the (TRAIN) law,” he said.

The government should instead strengthen the NFA to allow it to purchase more rice produced by local farmers at prices profitable for them, he said.

The research group Ibon had warned that global rice prices would likely pull local prices up and importation costs could be affected by the depreciation of the peso.

It noted that global rice supply also was unsteady. Exporting countries could occasionally impose restrictions on their production for the world market to ensure their own local supplies and their governments could decide not to export rice to the Philippines.