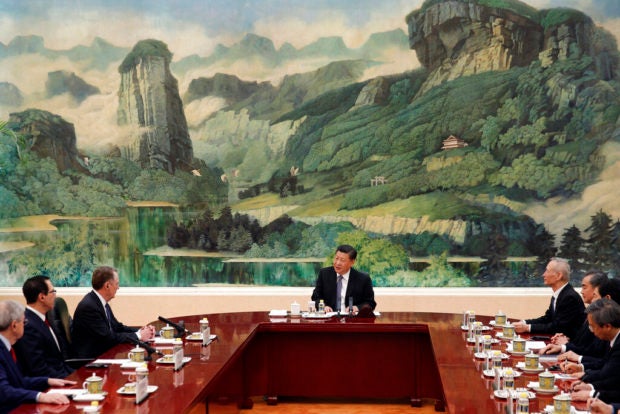 BEIJING — With a deadline looming, U.S. and Chinese negotiators will hold more talks in Washington next week aimed at ending a battle over Beijing’s technology ambitions.

The announcement Friday came after U.S. Trade Representative Robert Lighthizer told Chinese President Xi Jinping that negotiators “made headway” in talks this week in Beijing. They had been the last scheduled before planned U.S. penalties on $200 billion of Chinese products are due to take effect March 2.

The United States “hopes to see additional progress,” a White House statement said. It gave no indication whether President Donald Trump would extend the deadline.

Economists said the two days of talks this week were too brief to resolve the sprawling dispute that extends to cyberspying and China’s trade surplus.

They said Beijing is trying to persuade Trump that enough progress is being made to postpone the penalties.

Trump’s economic adviser, Larry Kudlow, said earlier that he had yet to decide whether to escalate the dispute, which threatens to drag down already weakening global economic growth.

“I hope you will continue to work hard to promote a mutually beneficial and win-win agreement,” Xi told Lighthizer in a meeting after the negotiations ended, according to the official Xinhua News Agency.

The decision to hold more talks suggested they were making progress. But there was no indication of movement on the thorniest dispute: U.S. pressure on Beijing to scale back plans for government-led creation of Chinese global leaders in robotics and other technologies.

“We feel we have made headway on very, very important and difficult issues,” Lighthizer told Xi. “We have additional work we have to do but we are hopeful.”

Trump said Tuesday he might let the March 2 deadline “slide for a little while” if the talks went well.

Trump raised tariffs in July over complaints Beijing steals or pressures companies to hand over technology. He imposed 25 percent penalties on $50 billion of goods from China and 10 percent on $200 billion.

China retaliated by raising duties on American soybeans and other products and ordering its companies to find other suppliers. Imports of American goods plunged 41.2 percent in January compared with a year earlier, according to customs data.

Trump agreed Dec. 1 to postpone further penalties by 90 days while the two sides negotiate. Once that expires March 1, the charges on $200 billion of goods are due to rise to 25 percent.

Both governments face growing pressure to make peace as global economic growth weakens and the cost to their companies increases. /gsg