“Kapag natalo ‘tong mga kandidato ko dito ha, babalikan ko kayo (If my candidates lose here, I’ll get back at you),” Duterte said jest in his first appearance at a campaign sortie since the start of the campaign period.

All of Duterte’s preferred senatorial candidates are present in PDP-Laban’s initial campaign rally here in Bulacan, except Estrada, whom the President recently endorsed in a previous gathering. 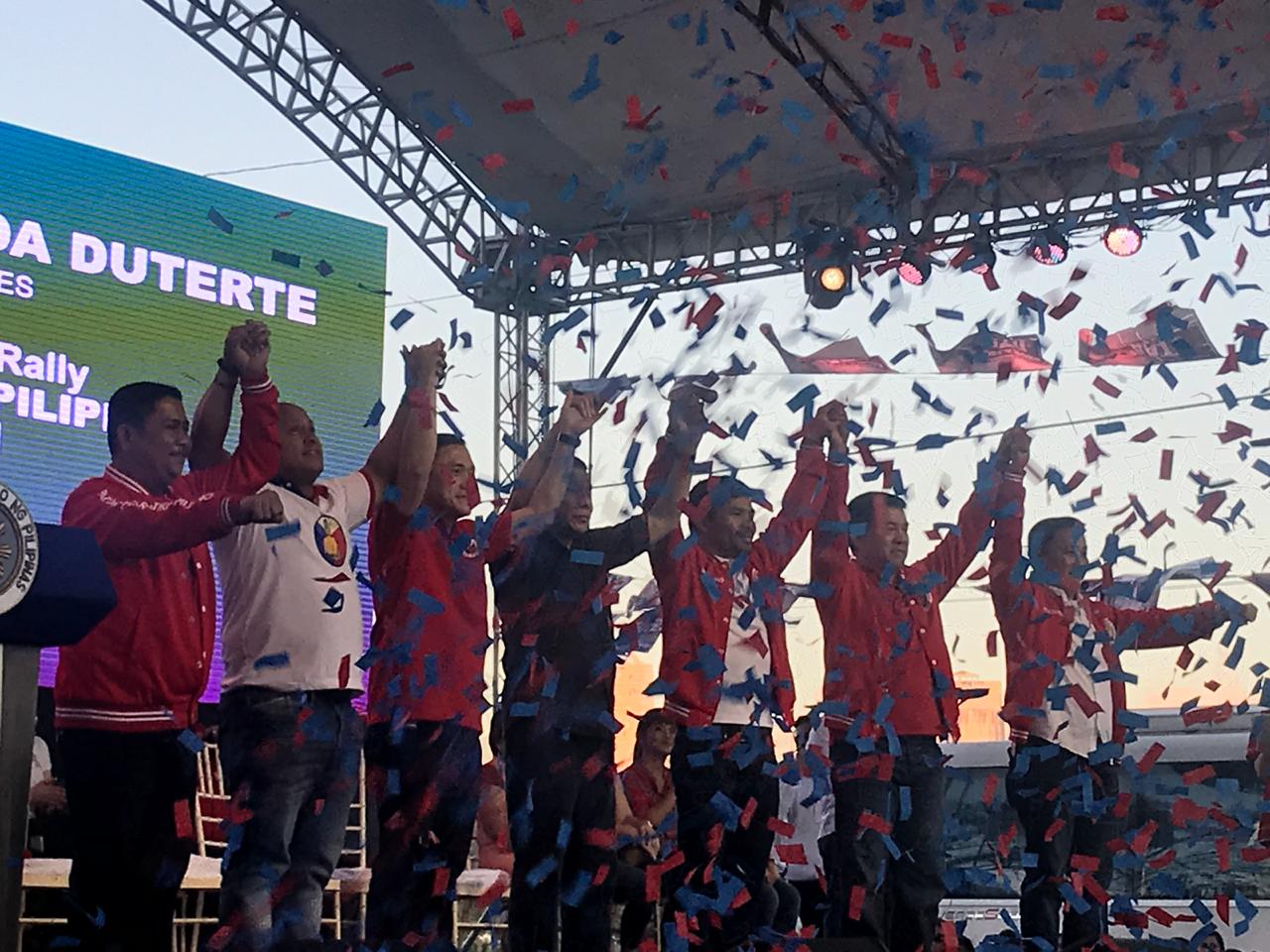 PDP-Laban campaign manager Senator Manny Pacquiao said that Duterte’s candidates will help the President fulfill his legislative agenda for the remainder of his term.

Up to 15,000 supporters gathered along Road 2 in Barangay Minuyan Proper in the city of San Jose del Monte to show their support for the ruling party.

San Jose del Monte is the bailiwick of Rep. Florida Robes and her husband, city mayor Arthur Robes, who are known supporters of Duterte.