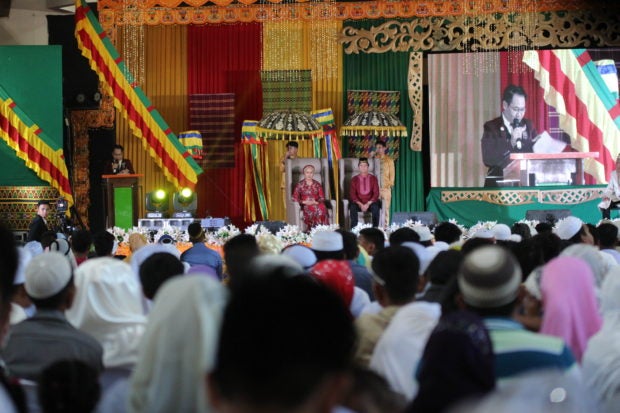 City Mayor Joseph A. Evangelista said he included the Muslim wedding as part of the city’s 21st charter anniversary after consulting with Muslim elders in various villages in the city.

“We just wanted to formalize and make the marriage of our Muslim couples legal by giving them the needed documents, particularly the marriage contracts,” Evangelista said.

Evangelista ordered the Civil Registry to prepare the marriage contracts of the 250 couples so that they could bring these home after the wedding ceremony.

He said the document would be handy in availing themselves of government services; such as in applying for Philhealth cards, passport and other papers from the local, provincial and national governments.

“We will make sure that our Muslim residents in Kidapawan will not be left behind in terms of government assistance,” Evangelista said.

Deputy Mayor for Muslim Affairs Alex Guimar said the documents obtained from the Kalilangan could be a big help for poor Muslims who may have a hard time getting these from the government.

“This is the first time in Kidapawan. Let us value and always make this event memorable in the lives of the Muslim community,” Guimar said.

The Muslim couples that reaffirmed their vows hail from the village of Patadon./lzb