US embassy hopes for quick resolution, due process in Maria Ressa case 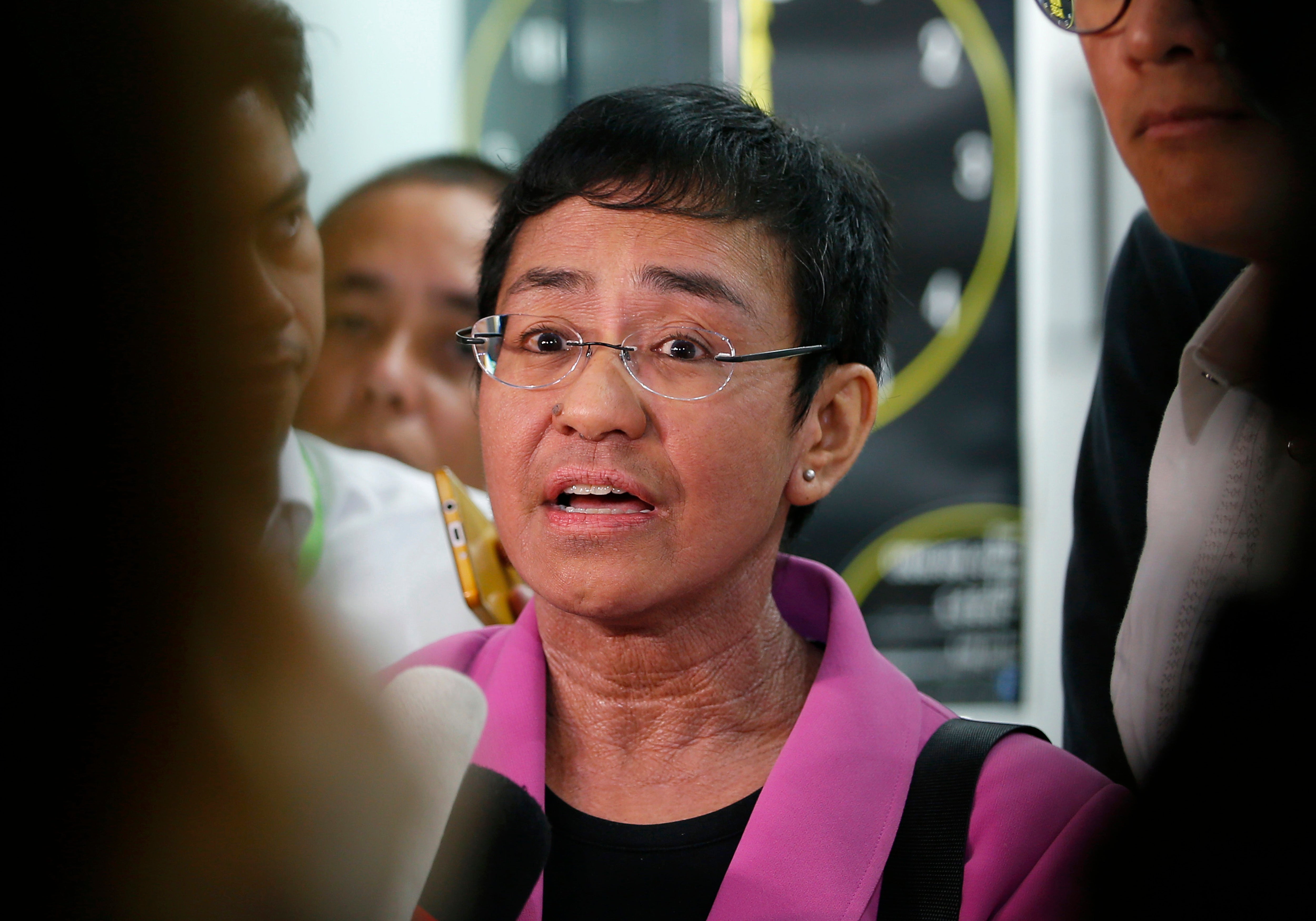 MANILA, Philippines–The US Embassy in the Philippines on Thursday said it was hoping for a speedy resolution of a cyberlibel case filed against Rappler’s chief Maria Ressa.

“We hope the charge against journalist and Rappler CEO Maria Ressa will be resolved quickly in accordance with relevant Philippine law and international standards of due process,” the embassy said in a statement.

The award-winning head of a Philippine online news site that has aggressively covered President Rodrigo Duterte’s administration was freed on bail Thursday after her arrest in a libel case.

National Bureau of Investigation agents served the warrant against Maria Ressa late Wednesday afternoon and escorted her from the Rappler Inc. office to NBI headquarters, where she stayed overnight in an office. The move against Ressa, who was one of Time magazine’s Persons of the Year last year, was denounced by her outfit, Rappler Inc., and media watchdogs as a threat to press freedom. Duterte’s government said the arrest was a standard step in response to a criminal complaint.

“What we’re seeing is death by a thousand cuts of our democracy,” Ressa told reporters after posting bail in the Manila regional trial court that issued a warrant for her arrest.

She accused the government of abusing its power and of using the law as a weapon to muzzle dissent. “I’m appealing to you not to be silent … you have to express outrage.”

Duterte has openly lambasted journalists who write unfavorable stories about him, including about his anti-drug campaign that has left thousands of mostly poor suspects dead.

Rappler’s 2012 article included allegations that a businessman was linked to illegal drugs, human trafficking and a murder case, citing an unspecified intelligence report. The story also said a car registered in his name had been used by the country’s chief justice, who was later ousted in an impeachment trial.

Wilfredo Keng denied the allegations in a statement and welcomed the justice department’s indictment of Ressa and a former Rappler researcher, Reynaldo Santos Jr., adding he was determined to see the legal battle through. He said he has no criminal record.

“Rappler, Ressa and Santos continue to hold themselves high above any accountability to provide credible and justifiable reason for why they continue to harass an ordinary private citizen and businessman despite having absolutely no basis for their claims,” Keng said in a statement.

“With one click of a button, they destroyed my reputation and endangered my life,” Keng said.

Amnesty International Philippines said Ressa’s arrest was based on a “trumped-up libel charge.”

“This is brazenly politically motivated, and consistent with the authorities’ threats and repeated targeting of Ressa and her team,” it said.

Justice Secretary Menardo Guevarra said the arrest was “merely part of any criminal procedure.” Duterte’s spokesman said the charge against Ressa was based on facts which she should simply answer and had “nothing to do” with press freedom.

Rappler is one of several local and international news agencies deemed critical of Duterte’s policies.

Duterte had already banned a Rappler reporter from his news briefings after the government’s corporate watchdog found that the news site violated a constitutional prohibition on foreign ownership of media when it received money from an international investment firm. Rappler, founded in 2012, rejected the ruling.

In its selection of Ressa as a Person of the Year, Time magazine cited her and several other journalists as “guardians” in what it said was an effort to emphasize the importance of reporters’ work in an increasingly hostile world.