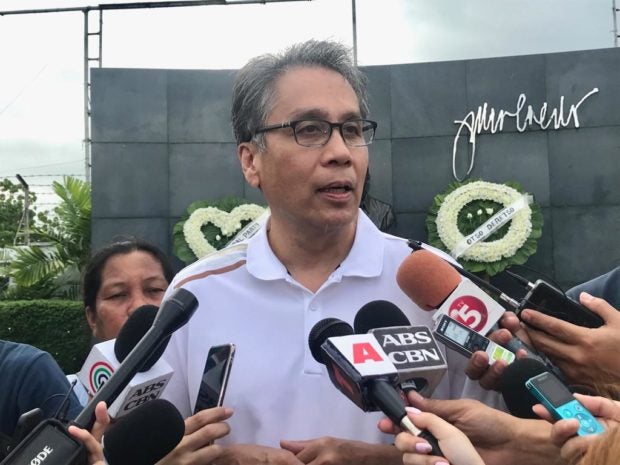 CAMARINES SUR, Philippines — After dispelling speculations of disunity among Otso Diretso candidates, former Interior Secretary Mar Roxas, who is running for senator, said on Wednesday that each member of the opposition coalition faces a different challenge in the campaign for the May 2019 elections.

“The candidates of Otso Diretso are very different individually. We all have our different challenges,” Roxas told reporters in an interview at the tomb of the late Interior Secretary Jesse Robredo at the Eternal Gardens Memorial Park in Naga City.

[Some are unknown. People don’t know them. Some of us are so well known that we have trolls. Love you, trolls, haters.]

According to Roxas, the biggest challenge he faces is introducing himself to the public again after losing to President Rodrigo Duterte in the 2016 presidential elections.

He added that he would support his fellow Otso Diretso candidates through campaigning and putting forward their platforms.

Even though only Roxas and incumbent Sen. Bam Aquino have made it to the top 12 in the previous pre-election surveys, Roxas said a lot could still happen during the 90-day campaign period.

[Don’t believe in surveys. It’s too early. There’s still 90 days left. So many things could still happen. I don’t let myself feel confident.]