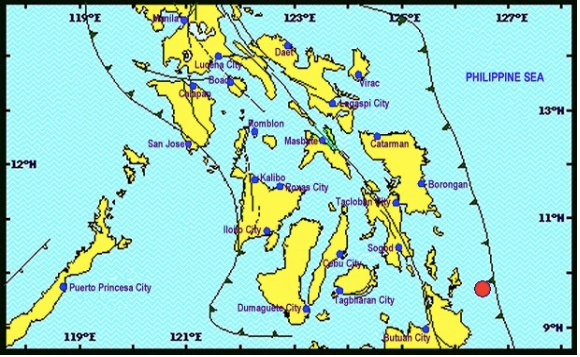 An Instrumental Intensity II was also felt in Surigao City and Intensity I in Cebu City; Palo, Leyte; and Gingoog City.

Phivolcs said the quake was 9 km deep and was of tectonic origin.

However, no damage or aftershocks could be expected from the temblor, Phivolcs said.  /ee