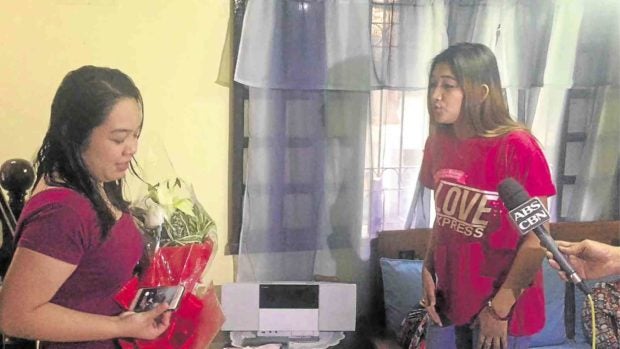 LOVE IS IN THE MAIL You may see one of these two Singing Karteros of the Philippine Postal Corp. (PHLPost) at your doorstep come Valentine’s Day greeting you with love songs courtesy of your sweetheart, wife, husband or suitor. This novel PHLPost “express mail” package comes with a flower bouquet and a handwritten Valentine’s card. —PHOTOS FROM AVLIN FIDELSON OF PHLPOST CORPORATE COMMUNICATIONS 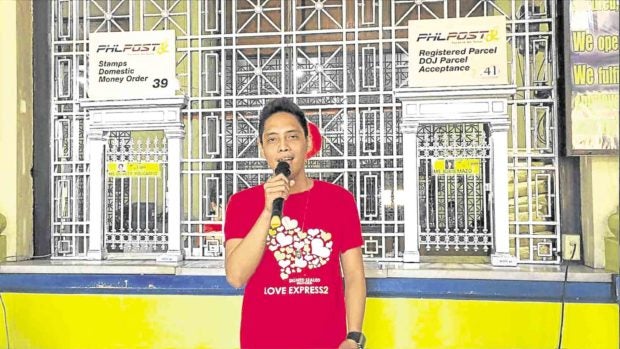 For Heart’s Day, why not raise the bar higher with a singing letter carrier to surprise your loved ones?

Philippine Postal Corp. (PHLPost) is offering for the sixth year its “Pada-LOVE! Magpadala, Kiligin, Ma-inlove” package from Feb. 11 to 15, when hopeless and hopeful romantics could send handwritten letters to their lovers or soon-to-be partners while being serenaded by “Singing Karteros” (letter carriers) with two songs of the senders’ choice.

This postal service is a domestic express mail package priced at P2,500 and comes with a flower bouquet, a Valentine’s Day card and a special PHLPost stamp themed “King and Queen of Hearts.” The special stamps are now available at the StampShop of the Manila Central Post Office.

The package could still be modified at the sender’s request.

Rosendal, who hails from Eastern Samar, moved to Manila to continue his studies while working to help his mother, a domestic helper abroad.

Marquez said most clients, especially those overseas, would request that the Valentine’s Day greetings be viewed live on Facebook or other social media platforms, or recorded on video and e-mailed to them.

Some prefer to accompany the kartero and make a surprise appearance after the performance, she said.

Not just for lovers

Most of the customers are above 30 years old and include not only lovers but also children who want to surprise their parents or relatives.

One asked a video footage of the kartero singing to her sickly mother at a home for the aged, Marquez said. The old songs touched and made the mother happy, she said.

There were those who were on the brink of a breakup but were able to save their relationship through this thoughtful surprise, she added.

For the past years, the Singing Karteros have also sung to clients on other occasions, such as anniversaries, birthdays and weddings.

Fewer people are using the post to send love letters than before.

That is how the agency recovers from lost snail mail revenue, Marguez said.

“But more people are availing [themselves] of the Singing Karteros services now than before because of word of mouth,” she said.