RMP-NMR — an inter-diocesan and inter-congregational group composed of priests and lay people — also posted a statement about it on Tuesday.

Fr. Allan Khen Apus, spokesperson of Karapatan in Northern Mindanao, did not name the employee for security reasons, but he said the employee received four text messages from mobile number 0906-154-0493.

The sender addressed the RMP-NMR employee as “Tagalog,” according to Apus.

Below are the messages:

“Tagalog nadakop na yung isang kasama niyo wala ka magresponde?” [Tagalog, one of your colleagues has been arrested, aren’t you going to respond?]

“Bakit ka kasi nagpunta pa ng mindanao tagalog ka naman hindi ka dapat nakialam mabilis ka din gumawa ng kontra.” [Why did you have to go to Mindanao. You’re Tagalog. You should not have meddled. You’re so quick to oppose.] 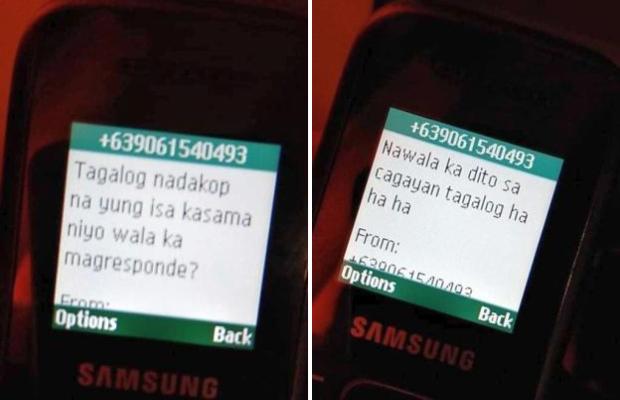 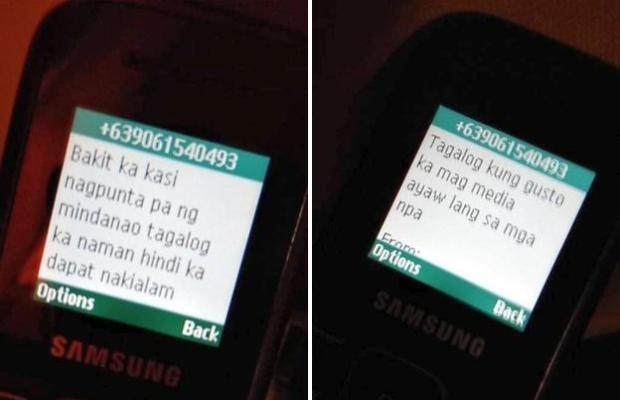 “NPA” in the fourth message stands for New People’s Army.

Apus said the text messages came a day after the arbitrary detention of Gleceria Balanguiao, another RMP-NMR employee, and her mother, Gloria Jandayan of Gabriela Women’s Party.

In a text message sent to RMP-NMR on Monday, Balanguiao said they were being held at a camp of the 4th Infantry Division in Patag, Cagayan de Oro City.

In its statement issued on Tuesday, the RMP-NMR said: “We call on the faithful to lend their support in calling out these types of harassment and intimidation against human rights defenders. Let us continue the good fight in supporting each other against the enemies of truth, peace and justice.” /atm