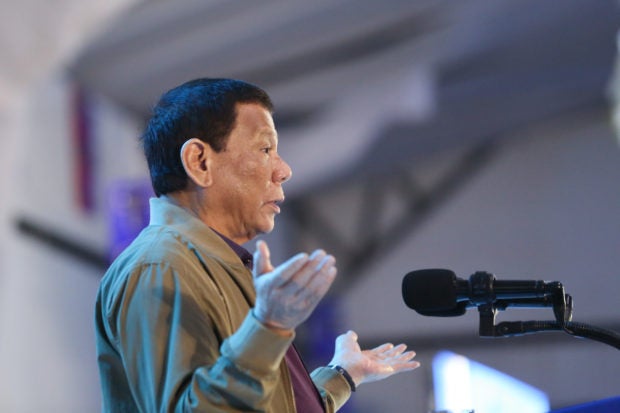 MANILA, Philippines — President Rodrigo Duterte would not be soliciting the support of religious groups for his endorsed senatorial candidates for the May 2019 elections, Malacañang said Tuesday.

“No. It’s not his style,” Presidential Spokesperson Salvador Panelo told reporters in Malacañang.

Duterte had launched unfounded attacks against the Catholic Church which has been critical of his war on drugs and his brutal anti-criminality drive.

During the 2016 presidential elections, then Mayor Duterte was endorsed by the bloc-voting Iglesia Ni Cristo.

In December 2018, Duterte and his trusted aide Christopher “Bong” Go, who is running for senator, paid a courtesy call to the influential religious group.

Go had earlier said he went there with the President to greet the INC leader Eduardo Manalo a belated happy birthday.

When asked about Duterte and Go’s visit, Panelo said he didn’t know the details of the tour.

“Actually, I don’t know why he went there. It’s like hi, hello, goodbye,” he said.

The President, who served as Davao City mayor for over 22 years, is also a friend of Pastor Apollo Quiboloy of the Kingdom of Jesus Christ.

“Quiboloy supported him because he was a friend. He is his personal friend,” Panelo said.

The Palace official explained that Duterte did not seek support from any religious groups during the 2016 presidential elections.

“He didn’t approach anyone. But many offered him [support],” he said. /je