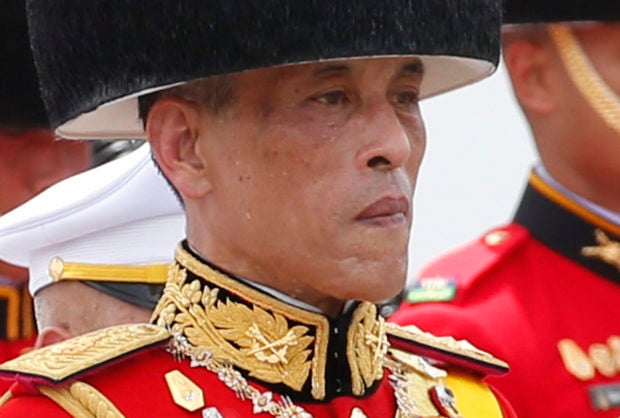 FILE – In this Oct. 26, 2017, file photo, Thailand’s King Maha Vajiralongkorn walks in a funeral procession of his father the late King Bhumibol Adulyadej in Bangkok, Thailand. Late Friday, Feb. 8, 2019, King Vajiralongkorn issued a decree stating that no member of the royal family should be involved in politics, quashing a bid by his older sister to run for prime minister in next month’s elections. (AP Photo/Sakchai Lalit, File)

BANGKOK  — Thailand’s Election Commission on Monday disqualified the sister of the country’s king from becoming a candidate for prime minister in next month’s general election, saying all royals have to be above politics and the monarchy must remain politically neutral.

The commission’s decision came after her brother issued an order describing Princess Ubolratana Mahidol’s political bid as inappropriate and unconstitutional.

Her choice of party was notable because the party is associated with the political machine of former Prime Minister Thaksin Shinawatra, who was ousted in a 2006 coup after being accused of abuse of power and disrespect for the monarchy.

Ubolratana’s involvement was seen as a challenge to Prime Minister Prayuth Chan-ocha, who led a 2014 military coup and is favored to win the March 24 election, which 45 parties are contesting. The military, a bitter foe of the exiled Thaksin, is closely allied to the palace.

Thai Raksa Chart on Saturday hastily issued a statement declaring its loyalty to the king and acceptance of his order, though it was technically too late to withdraw Ubolratana’s candidacy. /gsg