Daiyung was wanted for his involvement in the Kidapawan Bus Terminal bombing last Oct. 10, 2002, that killed seven people and wounded 24 others, police said. 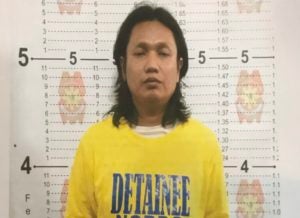 The suspect was also allegedly involved in the kidnapping of 15 employees of Golden Harvest Plantation in Basilan Province on June 11, 2001.

The PNP said Daiyung was a member of the Abu Sayyaf group once led by Isnilon Hapilon.

Daiyung was collared through a warrant of arrest issued by a Regional Trial Court in Basilan, police said.

NCRPO chief Guillermo Eleazar said Daiyung has been in Manila for only a few months and has been working as a welder.

“We are not clear yet as to his purpose here but clearly he is one among the suspects and responsible in the bus terminal bombing,” Eleazar said in the press briefing.

He added that Daiyung’s capture was an “offshoot” of the arrest of one of his cohorts last December. /cbb