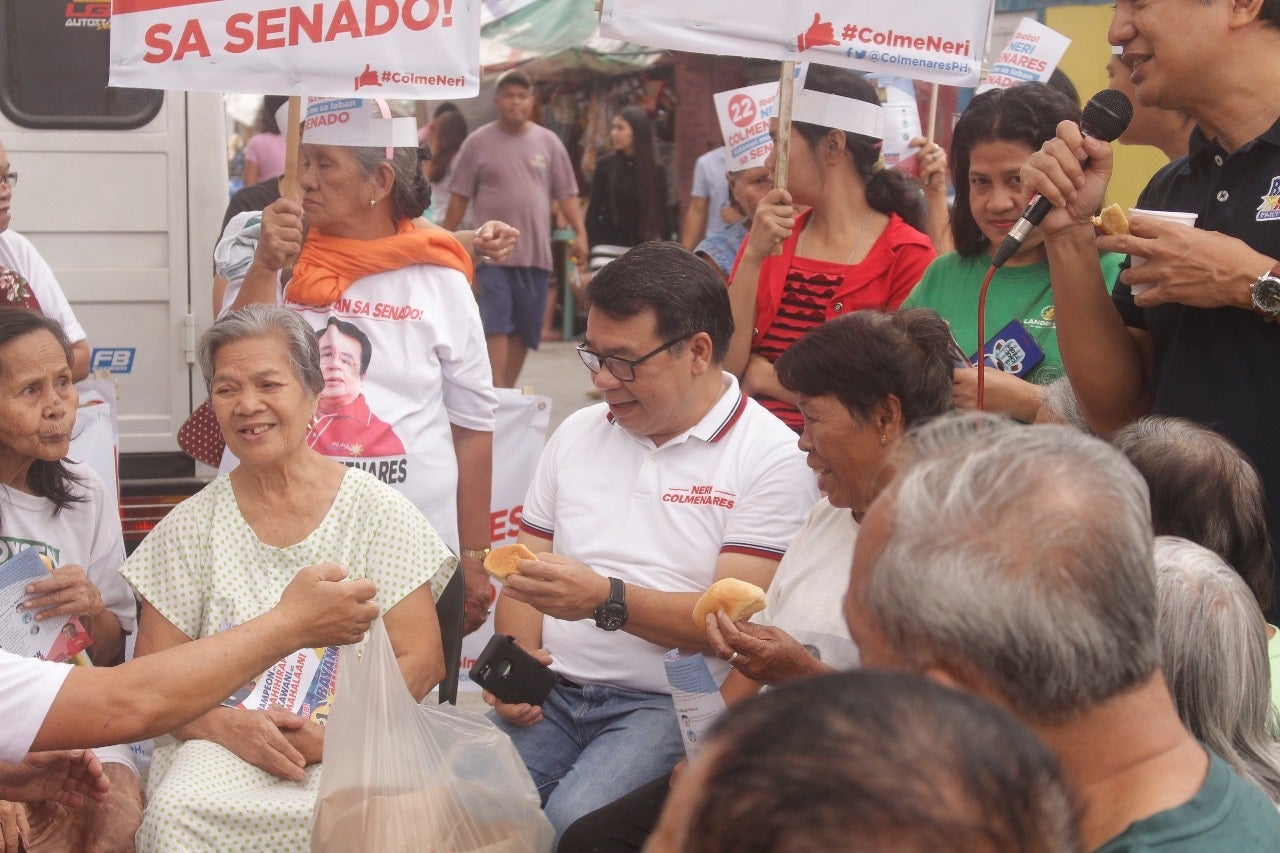 Around 50 elderly residents of the barangay on Tuesday asked Colmenares’ views and plans regarding issues like the pension of senior citizens and beneficiaries of the Social Security System.

The former lawmaker in return vowed to continue fighting for the causes of the masses, claiming that he has been advocating for these causes since his stint as a congressman in the House of Representatives.

The breakfast was one of Colmenares’ events on the official start of the campaign period, including a forum at the University of the Philippines at 10 a.m., a noise barrage along East Avenue at 2 p.m., and a proclamation rally in Muntinlupa City at 5 p.m. 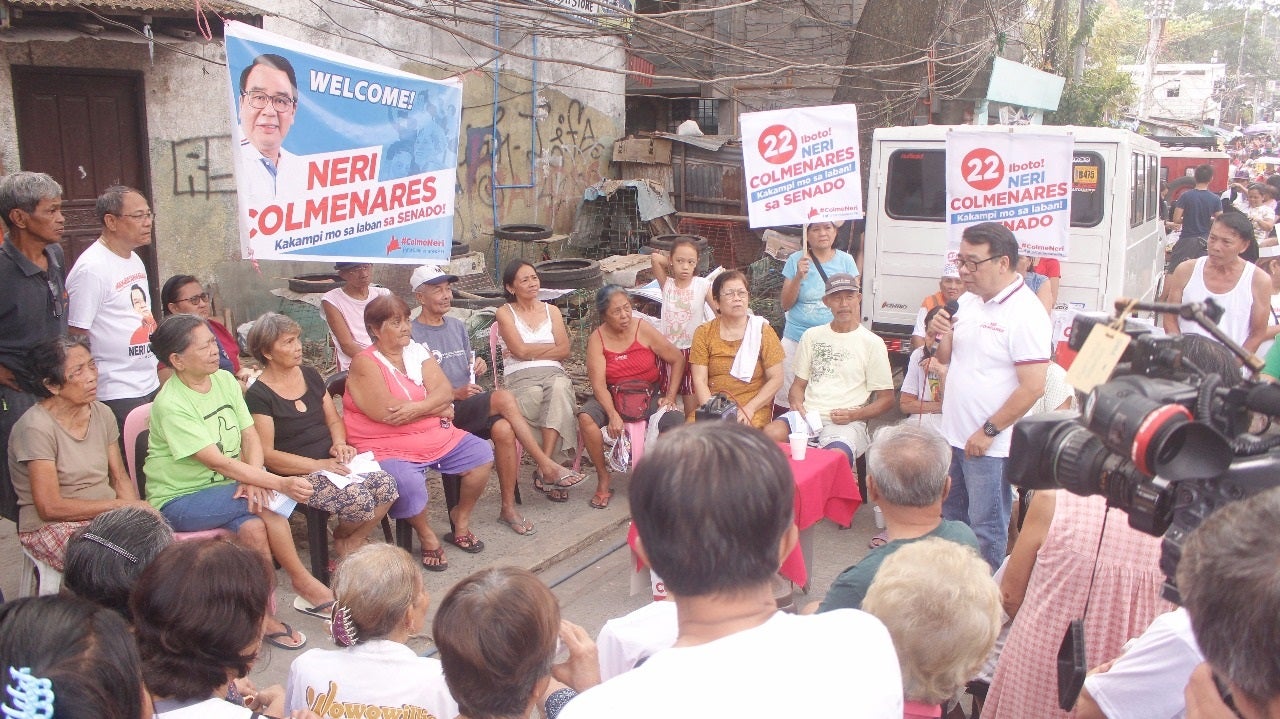 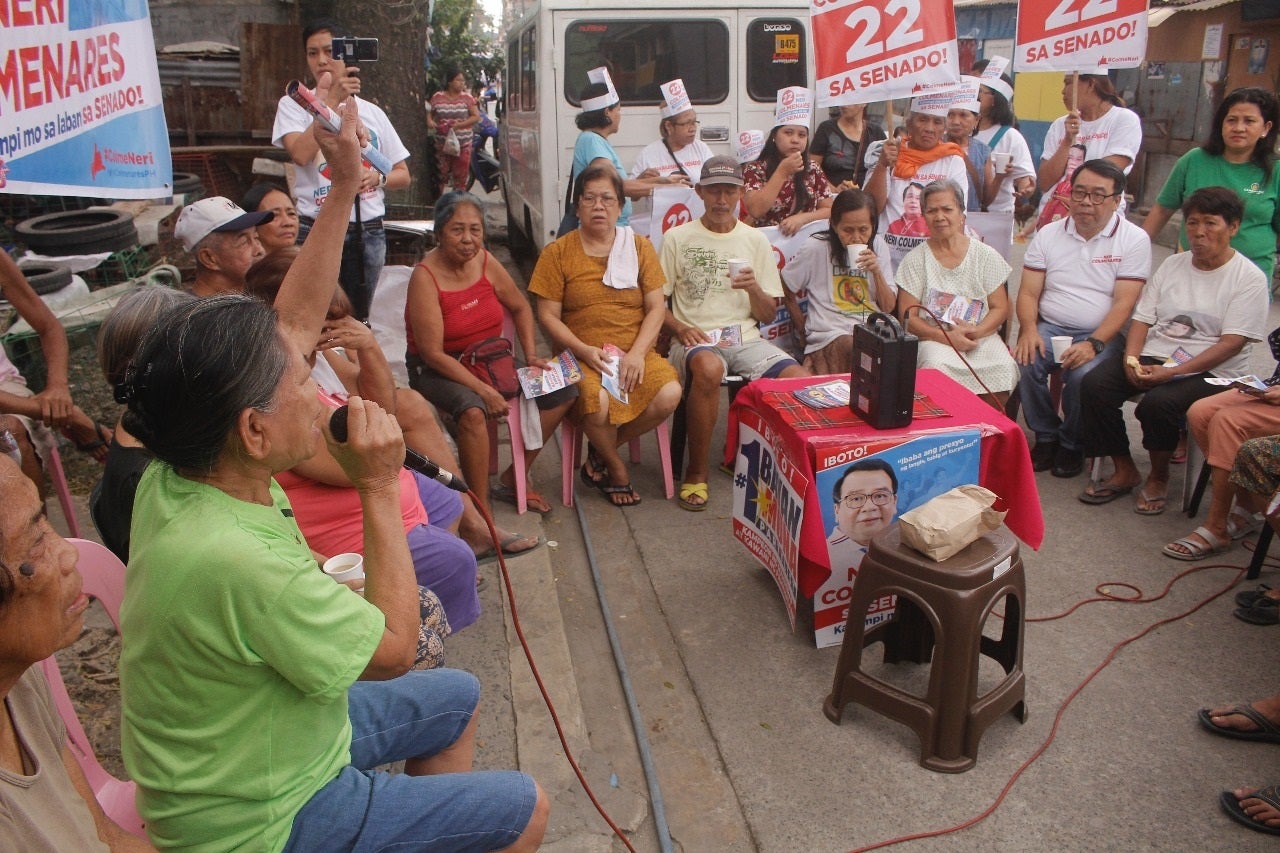 A resident of Barangay Old Balara in Quezon City raises her hand to ask Bayan Muna senatorial candidate Neri Colmenares (seated, second from right) at the launch of his campaign on Feb. 12, 2019. INQUIRER.NET / GABRIEL PABICO LALU