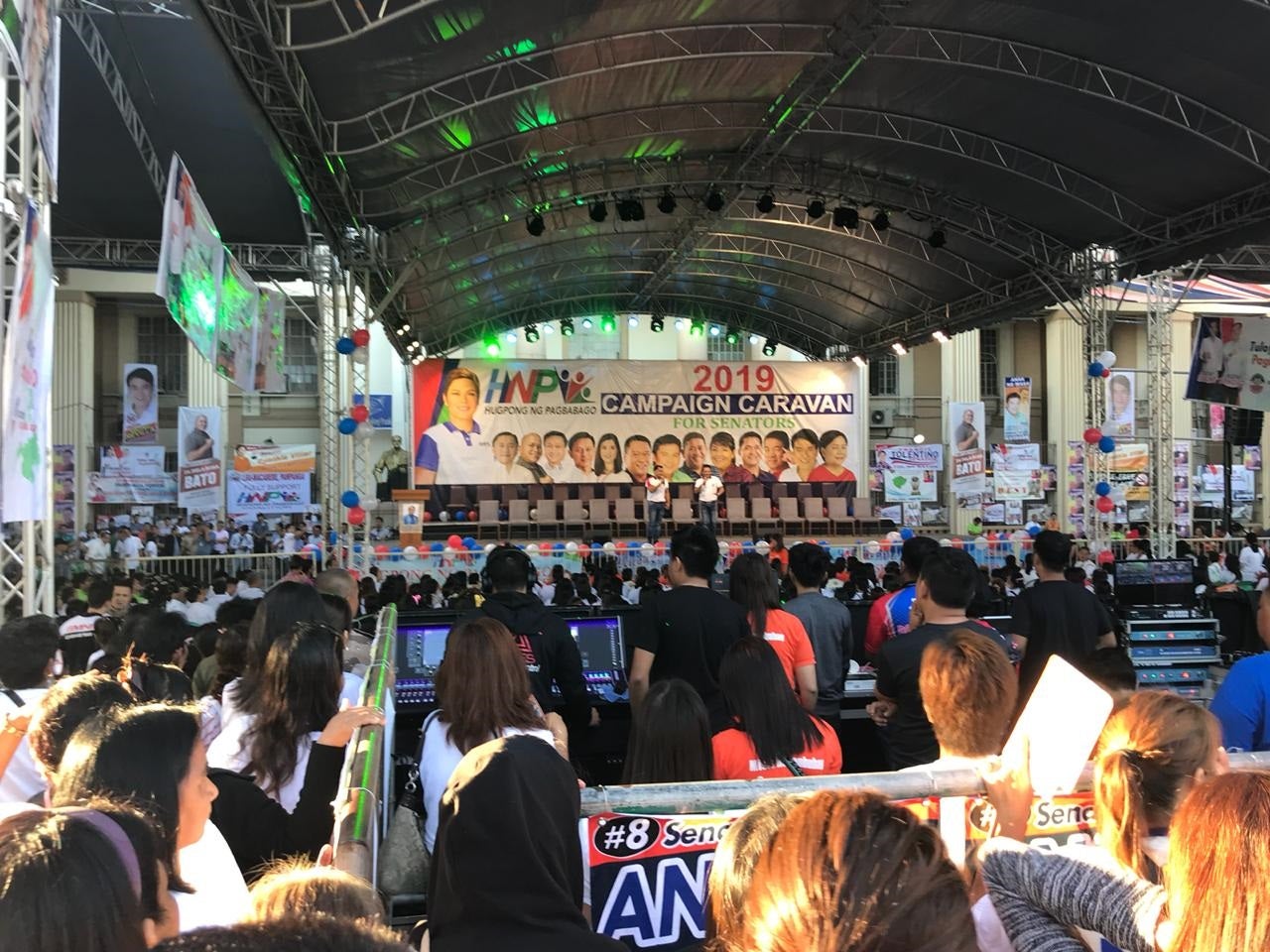 Hugpong ng Pagbabago launches its campaign for national positions in the May elections in San Fernando City in Pampanga on Feb. 12, 2019. INQUIRER.NET / CATHRINE GONZALES

Over 60 senatorial bets and 154 party-list groups will be more visible as the 90-day national campaign starts for the upcoming May elections.

Mangudadatu, Dela Rosa, Go, Pimentel and Tolentino are also running under the PDP-Laban banner. The PDP-Laban slate is set to hold its own campaign kick-off event in in San Jose Del Monte, Bulacan, on Feb. 14.

Meanwhile, the coalition of opposition parties Otso Diretso will hold its kick-off event in Caloocan City also on Tuesday.

Roxas, however, will skip the event in Caloocan City because of another event in his home province in Roxas City, Capiz.

The opposition slate will continue its campaign in Naga City, Camarines Sur, on Feb. 13.

On the other hand, re-electionist Senator Grace Poe, an independent candidate, will attend a school-feeding program on Tuesday. She is set to hold a kick-off rally in Tondo, Manila, on Feb. 13.

Bayan Muna chair Neri Colmenares, running for senator under the banner of Makabayang Koalisyon ng Mamamayan, is scheduled to meet with senior citizens in Old Balara and host a forum with University of the Philippines (UP) Law students and professors.

Colmenares will also attend a proclamation rally to be held in Muntinlupa City later in the day. /cbb