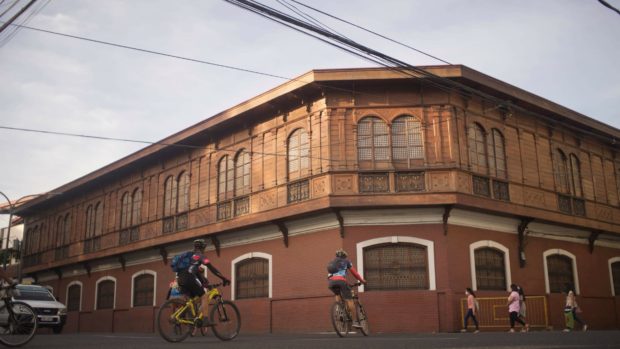 The Museum of Philippine Economic History, housed at the century-old Elizalde Building in Iloilo City, opened on February 11, 2019. PHOTO  courtesy of the Office of Sen. Franklin Drilon

ILOILO CITY — The country’s first museum of economic history opened here on Monday, the third museum to open in Iloilo in less than a year.

The opening of the Museum of Philippine Economic History culminates the transformation of the 19th century Elizalde building, a former trading house, into a repository of items, documents, images and other facts depicting the economic history of Iloilo and other regions of the country.

The century-old building, which is itself a historical landmark, was formerly owned by the Ynchausti family which operated the trading firm Ynchausti y Compania. The building was later renamed the Elizalde Building before the Commission on Audit bought it.

The COA donated the building to the National Historical Commission of the Philippines (NHCP) which will manage the museum.

The two-story museum located along J.M. Basa Street beside the Iloilo City Hall is composed of 13 galleries with hundreds of artifacts, including abaca, pottery, boat-making, body ornaments, blacksmithing, textile, and other industries

Sen. Franklin Drilon, who initiated the project, said the museum serves as a reminder of the rich history and culture of the Ilonggos, especially as Iloilo is an economic and political center.

“It is the first of its kind in the country, the first ever museum that is solely dedicated to the economic history of our country. It is only fitting that a museum of this kind is put up here in Iloilo City,” Drilon said in a speech attended by officials from the NHCP, COA, Department of Tourism and members of the Ynchausti family.

The Museum of Philippine Economic History is the third museum to open in Iloilo since 2018. The two others are the Iloilo Museum of Contemporary Arts, which opened at the Iloilo Business Park in March 2018, and the National Museum Western Visayas Regional Museum, which is located at the old provincial jail. /ee