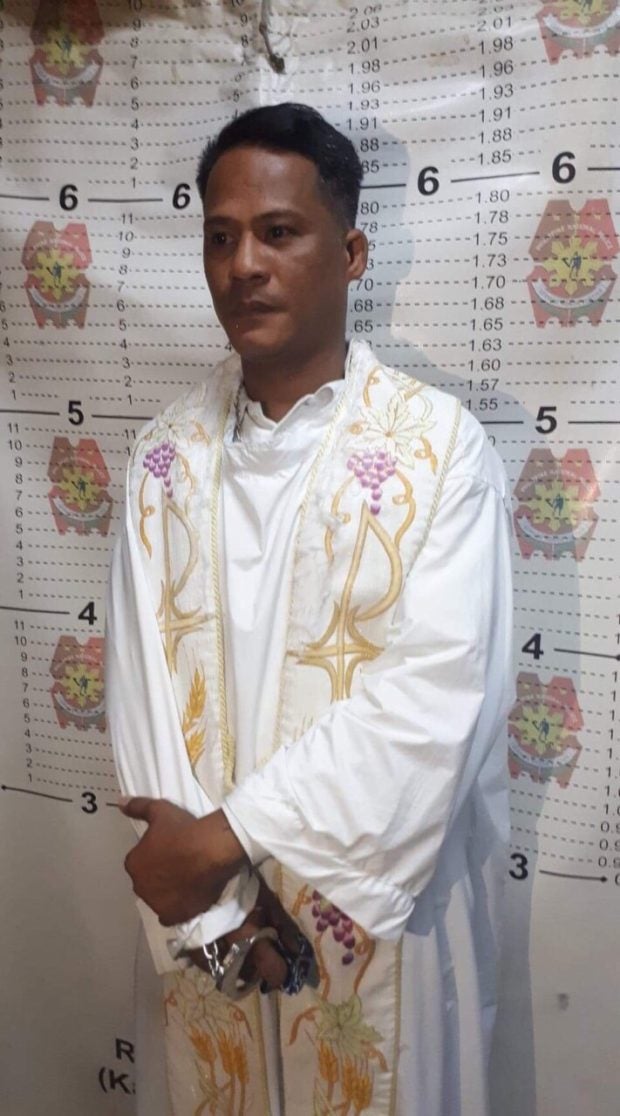 Arrested was Marlon Fonterez, an alleged member of the Sputnik Gang, according to a report from Radyo Inquirer.

Fonterez is clothed like any other priest and bears a Bible and holy water while celebrating Mass and blessing houses in Tondo in exchange of P1,000.

Fonterez was released from jail last year after facing a car theft case.

Recovered from the suspect were P700 cash and an identification card of the Apostolic Catholic Devine Holy Trinity which identifies him as a missionary priest.

The ID card even misspelled the word divine (devine).

Fonterez was locked up at the Manila Police District Station 1 and will be charged with robbery, extortion and usurpation of authority. (With a report from Dona Dominguez-Cargullo/Radyo Inquirer) /gsg