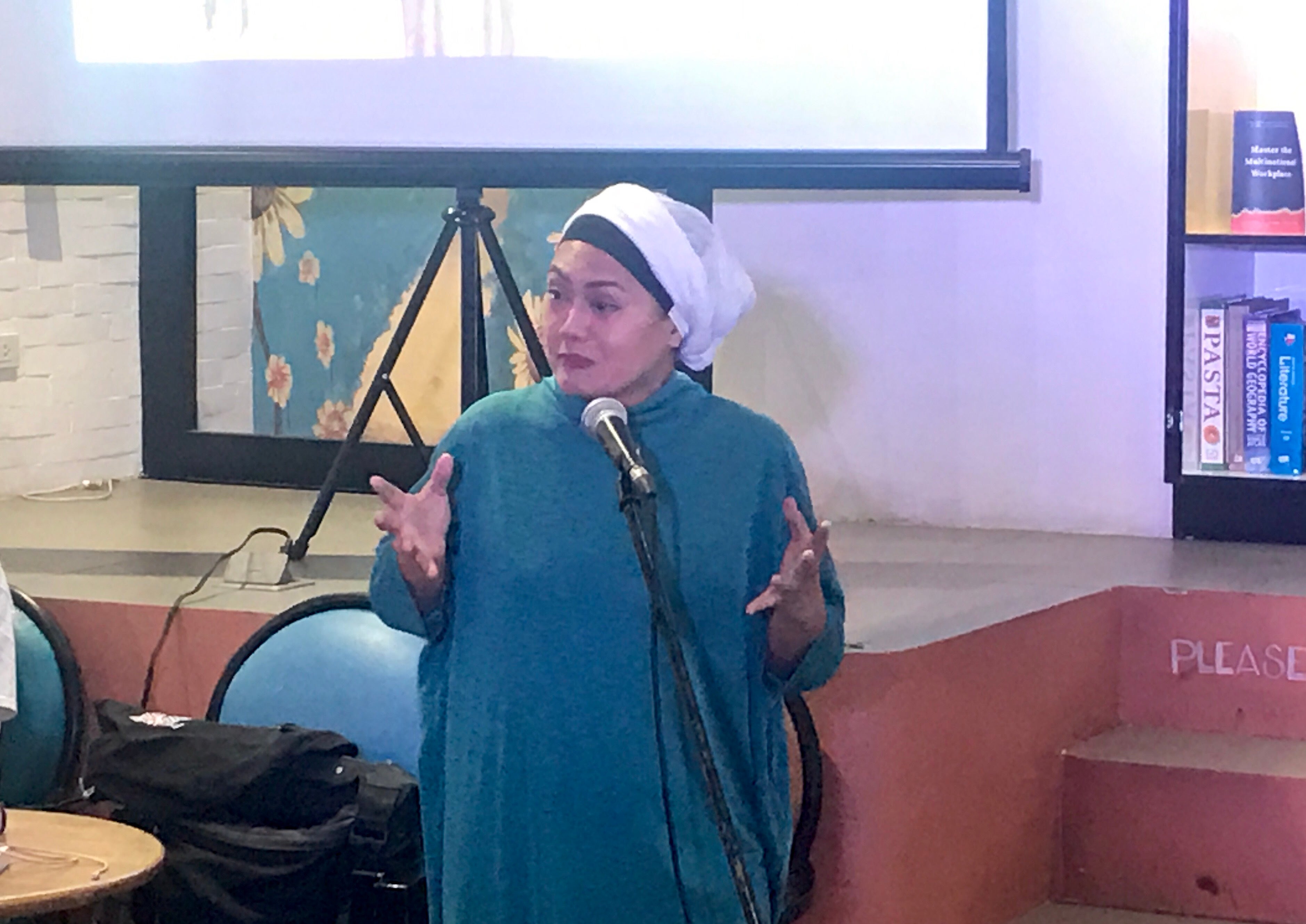 MANILA, Philippines — Opposition senatorial bet Samira Gutoc on Monday said the public outcry on the “taho” hurling incident involving a Chinese woman and a policeman should translate to similar backlash on China’s actions in the West Philippine Sea.

This as she defended the public’s angry reaction to the February 9 incident at a metro train station, saying it is not trivial as it deserves attention.

“Kung sa insidenteng ito ay nagawa nating i-impose ang batas, sana ganun din sa West Philippine Sea. We are not against the Chinese people. The people of China (are) a separate entity from its government. But if their people are emboldened to bully Filipinos, then that deserves attention,” she continued.

Last Saturday, a Chinese woman reportedly threw taho (soya pudding) at a cop who was assigned at the Metro Rail Transit line 3 (MRT-3) Boni station in Mandaluyong City. The MRT-3 management, upon the orders of the National Capital Region Police Office, recently prohibited commuters from bringing bottled water and other liquids inside the station and trains.

“This incident has struck a chord in the public consciousness because they are tired of being cowards, of being victims, of being powerless. Nahalintulad ng publiko ang pangyayaring ito sa katotohanan: patuloy sa pambu-bully ang China habang tayo walang magawa,” she added.

The opposition candidate then underscored the need to craft laws protecting and asserting the country’s rights to its territories, as well as legislation with penalties against public officials who would fail to protect the Philippines’ sovereignty and territory.

The Eastern Police District earlier said the Chinese woman, Jiale Zhang, was charged with unjust vexation, direct assault, and disobedience to a person in authority while a resolution on her possible deportation would be out soon.

Read Next
Comelec working with police, military to prevent sabotage in midterm polls
EDITORS' PICK
The crisis within: Suicides rise as COVID takes its toll on lives, livelihood
Work-From-Home is here to stay and requires reliable logistics
USAID Opportunity 2.0 calls for applicants for grants for out-of-school youth engagement
Pharmally scandal: When middlemen profit even during a pandemic
DOTr to defend proposal to increase passenger capacity in public transport
Legarda emphasizes role of ICC/IPs in nation building this IP month
MOST READ
Bongbong says PH should modernize infrastructure to become Asia’s next logistics hub
PDP-Laban’s Cusi wing inks coalition deal with Reform Party
Isko to critics after remarks vs Robredo: I’m sorry, this isn’t about Mr. Congeniality
Pharmally scandal: When middlemen profit even during a pandemic
Don't miss out on the latest news and information.