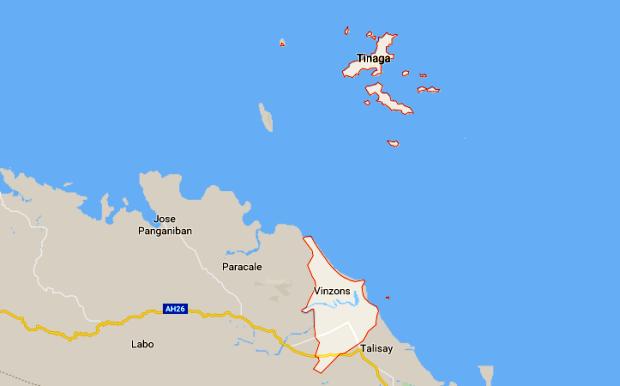 Vinzons town is in the northern part of Camarines Norte. (Image from Google Maps)

LEGAZPI CITY, Philippines — A box full of cocaine with a street value of P5.4 million was fished out by fishermen from the waters off the coast of Vinzons town in Camarines Norte province Sunday, police said.

The provincial crime laboratory confirmed that the powdered substance weighing 1 kilo was cocaine.

Alfredo Vega, Sr., 61, and his son Alfredo, Jr., both of Barangay Sula, were fishing at 8:30 a.m. when they found the box near Quinamanucan Island, also in the same village.

The Vegas turned over their find to village watchman Alex Samosa. They opened the box and discovered that it was full of white powder.

Sula Barangay Chair Rose Marie Abogado then reported the find to the police at 11:55 a.m., and turned it over at 3:45 p.m., Vinzons police said.

An investigation was ongoing on Monday. /cbb 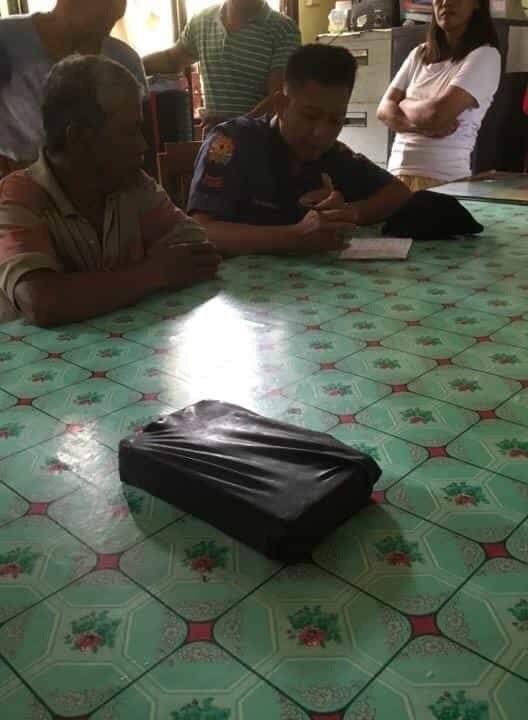 Fishermen turn over to policemen in Vinzons town in Camarines Norte a box (foreground) which they fished out of the sea and later found to contain cocaine. Photo from Camarines Norte Police Provincial Office