Locsin on taho thrower: ‘Absolutely. Charge her. But deport?’ 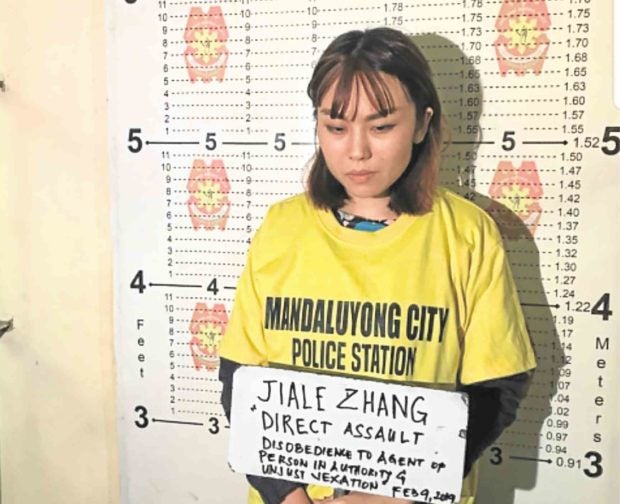 MANILA, Philippines — Foreign Affairs Secretary Teddy Locsin Jr. does not think that Jiale Zhang, the Chinese woman who threw a cup of taho at a police officer, should be deported.

In a tweet on Sunday, Locsin said that while the 23-year-old first year fashion design student should certainly be held accountable for her actions. But he questioned whether she should be deported.

“Absolutely. Charge her. But deport? She’s a student who believes enough in us to study here,” he wrote.

Absolutely. Charge her. But deport? She’s a student who believes enough in us to study here. https://t.co/CUlRJ1B8Sx

The woman is facing complaints of direct assault, disobedience to a person in authority, and unjust vexation for throwing a cup of taho at PO1 William Cristobal, who barred her from entering the Boni Station of the Metro Rail Transit 3 because she was carrying food.

Locsin’s statement came as a response to a netizen who replied to his earlier tweet wherein he compared the recent incident with one involving actor Tony Labrusca at the Ninoy Aquino International.

“[Labrusca was] an asshole at Immigration. This was impulse taho flinging. Trivial,” Locsin had said amid calls for the deportation of the Chinese woman.

The country’s top diplomat has earlier said that Labrusca should just be deported following his outburst against Immigration officers.

Locsin on MRT taho throwing: It could happen anywhere