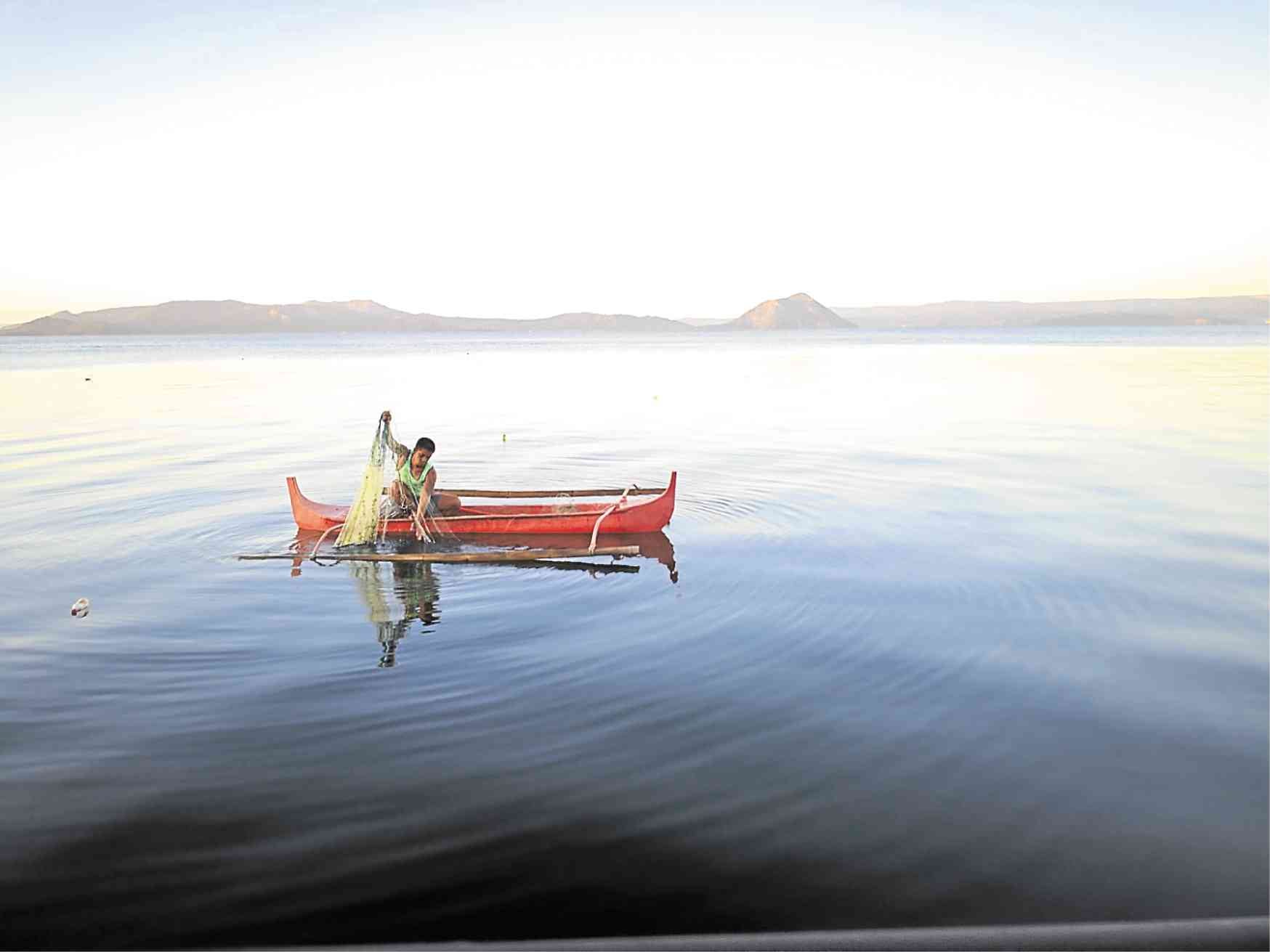 TALISAY, Batangas — “Tawilis,” the world’s only freshwater sardine, is a delicacy once considered the “poor man’s fish” and a household staple in the communities around Taal Lake.

In the old days, the lake would “turn white” at night as schools of the tiny fish blanketed the water’s surface, making it easy for fishermen to catch them. The fresh catch sold for P30 a kilo in the 1980s.

“Back in the day, we could catch as many as 2,000 kilos in one night,” said Mario Balazon, 57, a fish cage operator from this town.

But such bounty may all be in the past as conservationists find themselves in a race against time to preserve the tawilis.

In January, the Switzerland-based International Union for Conservation of Nature (IUCN) released a bulletin that classified the Sardinella tawilis as endangered and just three stages away from becoming extinct.

However, the Protected Area Management Board (PAMB), which has met twice on the matter, did not adopt the IUCN listing and said it would conduct its own assessment. The board is composed of mayors, nongovernment organizations and fisherfolk groups.

Still, acknowledging the alarming decline in the tawilis population, the PAMB is keen on implementing measures to arrest the downtrend.

From being classified as endangered by the IUCN, the tawilis “could cross over to being critically endangered in 10 years if we don’t do anything,” according to Maria Paz Luna, regional director of the Department of Environment and Natural Resources (DENR) in Calabarzon (Cavite, Laguna, Batangas, Rizal and Quezon) region.

The IUCN “may have a basis” in its assessment although it used “secondary data,” Luna said, referring to the catch data from the Bureau of Fisheries and Aquatic Resources (BFAR).

To forestall the further depletion of the tawilis, the PAMB is set to declare a “closed season” in March and April, the peak spawning period of the fish.

The board is also establishing new Tawilis Reserve Areas in San Nicolas, Cuenca and Balete towns in Batangas, whose extent would depend on the recommendations of the BFAR and local governments, according to Jose Elmer Bascos, protected area superintendent.

A female tawilis can produce as many as 18,000 eggs per spawning season, but each fish can grow to only about 12.7 centimeters (5 inches) long.

Usually caught at a depth of 50 meters, the tawilis used to thrive in saltwater until the 18th century when a major eruption of Taal Volcano sealed the lake from the sea. Along with a few marine animals, the tawilis was trapped in the lake and eventually evolved into a freshwater fish.

The report also listed major threats within Taal Lake: “overexploitation, pollution and competition, and/or predation with introduced fishes, resulting in continuing declines in habitat quality and number of mature individuals.”

“About 87 percent of fish species had disappeared by 1996, which coincided with the same period that aquaculture began” in Taal Lake, the IUCN reported.

Tilapia aquaculture began in the lake in the 1970s, while “bangus” (milkfish) was introduced in the 1990s.

The IUCN said the introduction of the nonnative tilapia species (Oreochromis niloticus and Sarotherodon melanotheron) for commercial purposes contributed to the decline of tawilis stocks. It also blamed the illegal use of active fishing gears such as motorized push nets, seine and ring nets, and the deterioration of the lake’s water quality.

In 1998, the government, through the Fisheries Code, banned the use of active gears and allowed only traditional methods like the use of gill nets, spear gun, and hook and line.

But with the gill net, “the most you can catch is 20 kilos [of tawilis],” said Balazon, adding that fishermen who used to look for tawilis had resorted to catching other species or switching to other livelihood.

“Frankly, some tawilis fishermen are the ones violating [the law by] using active gear … including ‘pukot’ and ‘suro,’”  Luna said of the illegal and destructive fishing method that used fine mesh nets mounted on metal or bamboo frames tied to the boat and used to scour the bottom of the lake.

Fish cages have also been blamed, as about 6,000 of them were operating in the lake, according to Balazon, the spokesperson for Taal Lake Aquaculture Alliance Inc., the group of fish cage operators.

But the issue, Luna said, is not the number of cages but their stocking density, which is currently up for DENR review. 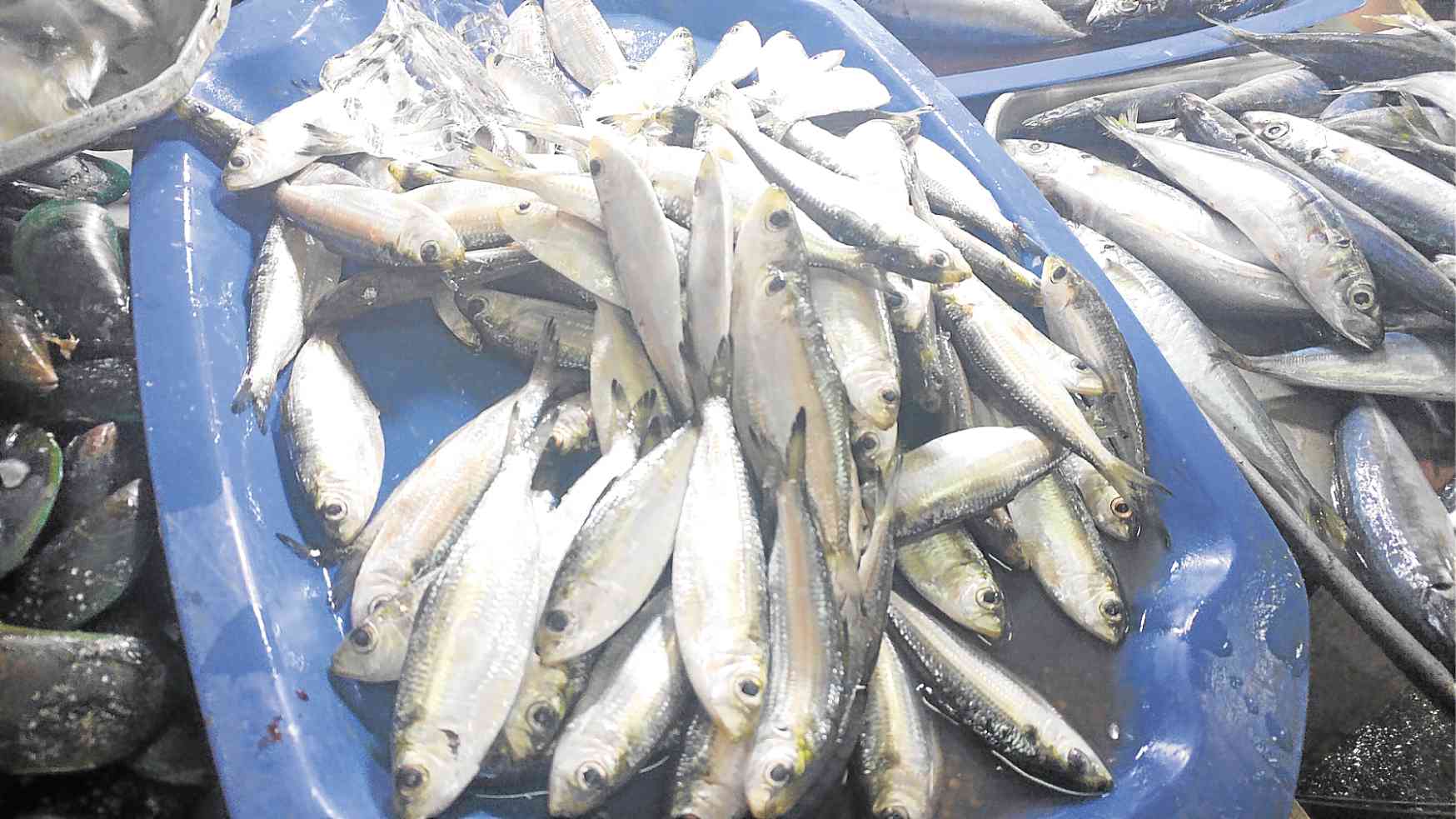 Despite its natural abundance, the tawilis failed to attract fish growers as much as bangus and tilapia did.

Being seasonal, it can be harvested only between June and September. It also cannot be stored too long as it loses its creaminess when frozen, Balazon said.

In Manila especially during lean season, “silinyasi,” a species of herring, is passed off as tawilis by some fish vendors as they look similar especially when dried or breaded.

Despite the decline in tawilis population, Natanauan said he had reservations about the IUCN assessment, which he said was conducted in February 2017, an off-season month for the fish.

“Decreasing? Maybe, because [the tawilis population] competes [with fish cages] in terms of space. But to say that it is endangered, I don’t see that happening yet,” he said.

The cold season also has a lot to do with the lean catch, Talisay fish vendors pointed out. In January, tawilis was being sold in wet markets in Sto. Tomas and Agoncillo towns at P100 to P150 a kilo. During Holy Week or before summer, the price may drop to P20 a kilo, the vendors added.

The aquaculture industry should not be blamed entirely for water pollution, Balazon said, citing other factors like urban development, the growing human population and livestock farming along the 37 river tributaries that drain into the lake.

The DENR said it would impose stricter penalties for illegal fishing and illegal waste discharges into the lake and its tributaries. It may also extend the tawilis ban indefinitely should further studies prove the IUCN assessment accurate.

On Feb. 19, a group of scientists from the University of Sto. Tomas will be presenting the results of its study on the tawilis, which BFAR and DENR officials describe as “a unique treasure” of Taal Lake.

It is hoped that the report would convince the public about the dire situation faced by the species, Luna said, and make them realize that “with the continuing presence of hydrogen sulfide, ammonia, and fecal coliform [in the lake], we are crossing the road to [tawilis] extinction.”