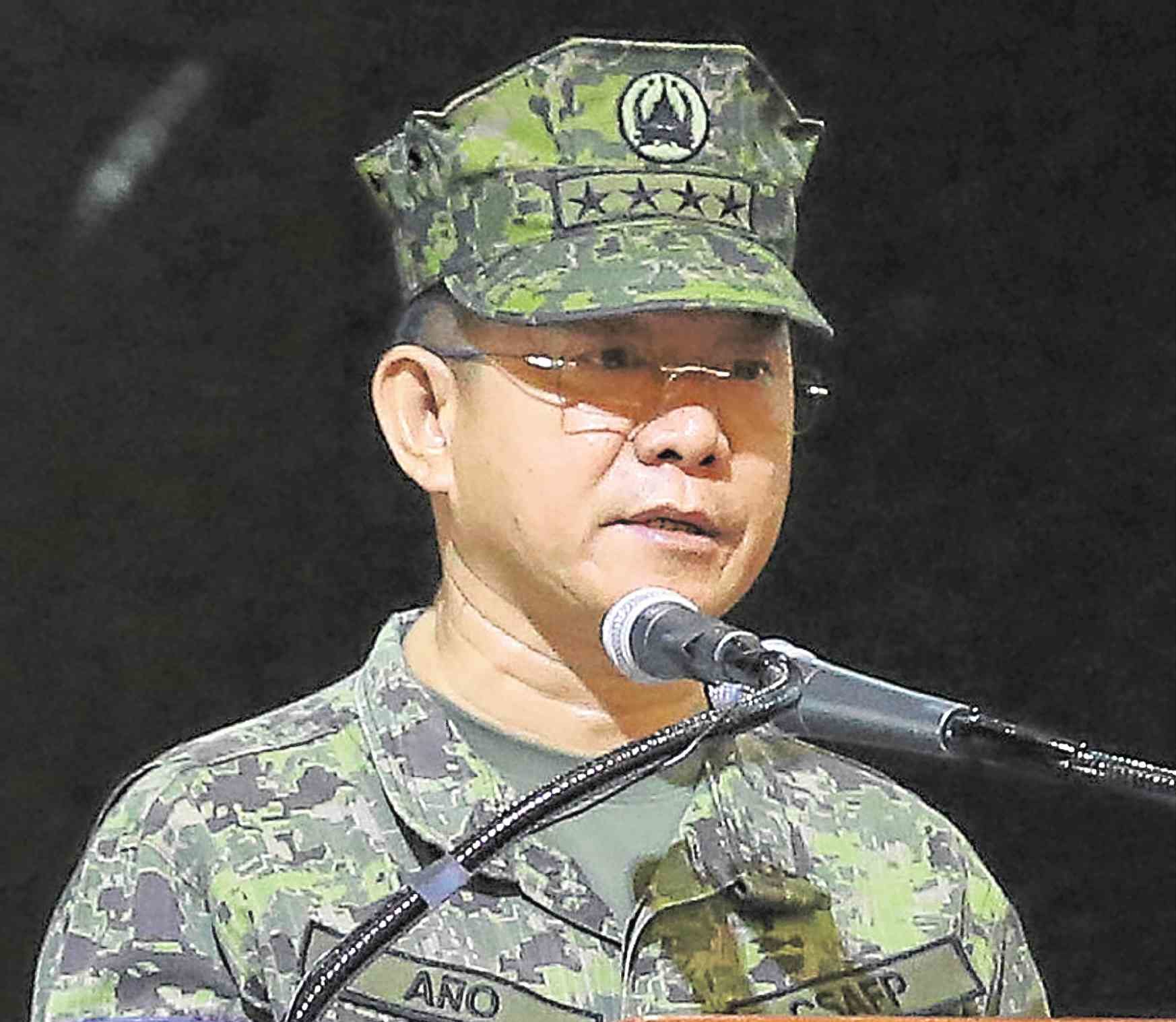 The Abu Sayyaf commander accused of plotting the Jan. 27 suicide attack on a Catholic church in Jolo, Sulu province, may be harboring a foreign would-be suicide bomber in his jungle base, Interior Secretary Eduardo Año said on Thursday.

Año said Hatib Hajan Sawadjaan, the alleged brains behind the twin bombings at Our Lady of Mount Carmel Cathedral that killed 23 people and wounded more than 100 others, also plotted the suicide attack in Basilan province last year that killed 11 people.

Sawadjaan’s goal is to assert his new role as leader of Islamic State (IS) sympathizers in the Philippines, Año said.

The Jolo attack, allegedly carried out by two Indonesian suicide bombers, has renewed terrorism fears across the country.

The Philippine National Police has been placed on full alert and security has been strengthened in churches, shopping malls and other public places.

Año said in an interview that government forces received reports about the presence of an Arab-looking man in Sawadjaan’s camp in the jungles of Patikul town in Sulu, and were taking steps to capture him along with Sawadjaan and his men.

Sawadjaan is still in Patikul, the interior secretary said.

“What we know is that there is an Arab-looking man in Sawadjaan’s camp. We’re watching this man because he’s also a trained bomber and a [would-be] suicide bomber,” Año said.

He could not confirm if one of the three Abu Sayyaf fighters killed by Army Scout Rangers in a Feb. 2 clash at Sitio Sungkong, Barangay Kabbon Takas in Patikul was the foreign terrorist identified only as Abu Black.

He said he did not know if Abu Black was the Yemeni or Egyptian who married a Tausug woman.

President Duterte has ordered troops to destroy the Abu Sayyaf, leading to a renewed military offensive in Sulu, Basilan and Maguindanao that has included airstrikes.

Año, a former Armed Forces chief of staff, described Sawadjaan as a low-key insurgent in his 60s who was recognized last year by IS as its “emir” in the Philippines. IS also regards the Bangsamoro Islamic Freedom Fighters and two other terror groups as allies.

“The bombing of the cathedral and the bombing of Basilan were Sawadjaan’s moves to assert leadership,” Año said.

“These bombings were planned to … encourage recruitment and possible funding [from the IS main group in Syria and Iraq],” he added.

In the Basilan attack on July 31 last year, a militant believed to be of Moroccan descent was killed when he triggered drums of explosives in a van he was driving. Ten Filipino militiamen and villagers were also killed in the blast, which wounded 11 others.

Police said the foreign militant had targeted a gathering of about 2,000 mostly students and teachers in Lamitan City but his vehicle stalled. Villagers whom he asked for help became suspicious when they saw wires protruding from plastic gallon containers in the vehicle.

The vehicle exploded as troops approached.

Año said the militant, who used the alias Abu Kathir Al-Maghrib, had stayed in Sawadjaan’s camp in Patikul before he traveled to Basilan.

“That Moroccan lived in the camp of Sawadjaan. He was seen by hostages,” Año said.

An Indonesian militant who allegedly carried out the cathedral attack stayed in Sawadjaan’s stronghold for a year and arranged for his wife to travel to Jolo last December to help carry out the bombing, Año said.

The man, he said, was only known by his alias “Abu Huda.”

The Jolo and Basilan bombs were made of similar explosives and most likely were assembled by a foreign militant, he said.

The Philippines, he said, would ask the help of Indonesian authorities in identifying the two suicide attackers through their remains.

Early this week, PNP Director General Oscar Albayalde said five suspected Abu Sayyaf militants who escorted the Indonesian couple around Jolo ahead of the bombing had been taken into custody and charged with murder and attempted murder.

Authorities are still trying to determine the identities of the couple whose body parts—two pairs of feet—were recovered from the church.

“There is a coordination between Indonesia and the military in Mindanao. We will formally request assistance for the possible identification of the remains,” Año said.

The Abu Sayyaf, which has about 300 to 400 armed fighters, has been blacklisted by the United States and the Philippines as a terrorist organization because of years of bombings, kidnappings and beheadings. —REPORTS FROM AP AND JAYMEE T. GAMIL