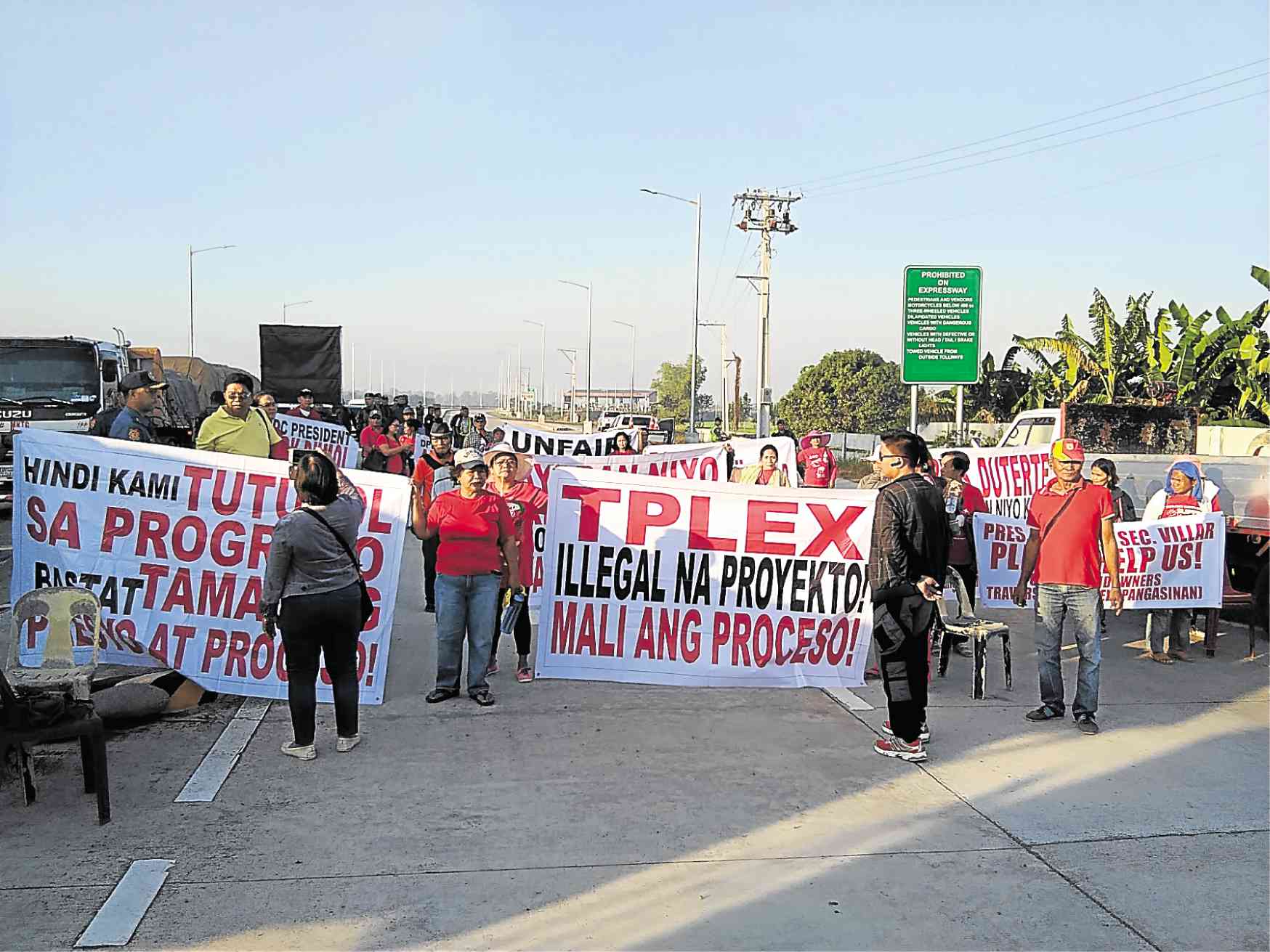 DEMAND Property owners barricade a section of the Tarlac-Pangasinan-La Union Expressway in Pozorrubio, Pangasinan, to press for full payment of lands where the highway was built. —YOLANDA SOTELO

POZORRUBIO, PANGASINAN — Some 200 landowners on Friday barricaded a portion of the Tarlac-Pangasinan-La Union Expressway (TPLEx) here to demand payment for their properties that had been covered by the highway construction.

The barricade prevented motorists from passing through a road lane at Barangay Bobonan from 7 a.m. to noon, and caused heavy traffic in the area.

The landowners are mostly from the towns of Laoac, Binalonan, Pozorrubio and Sison.

The protesters said they had yet to receive full payment for their lands that were affected by the construction of TPLEx, a main road network in the Ilocos region.

Romeo Fernandez, 63, of Barangay Amagbagan here, said they had been waiting for the payment of their lands since four years ago. “We even have to pay for the taxes of our lands that were taken from us. These lands still belong to us,” he said.

They had asked Public Works and Highways Secretary Mark Villar to expedite the payment but “until now, we are still waiting for an answer,” Fernandez said.

The protesters said their initial plan was to close both lanes but decided to allow motorists to exit from the expressway toward the highway going to Baguio City and the Ilocos.

Rogelio Godoy, from Barangay Panaga in Laoac, said the Private Infra Dev Corp., which operates TPLEx, had asked the landowners to agree to a negotiated sale of their properties.

They were paid 30 percent of the amount to allow the company to enter their properties, he said.

But after three years since the initial payment, their plea for the remaining 70 percent remained unanswered, he said.

Police asked the protesters to occupy the sidewalk and allow motorists to pass but they insisted on staying in the middle of the expressway.

“You are concerned about the motorists but what about us, the landowners? They have been ignoring us,” Godoy said.

“This is still our land because we are not paid yet,” he said. —YOLANDA SOTELO