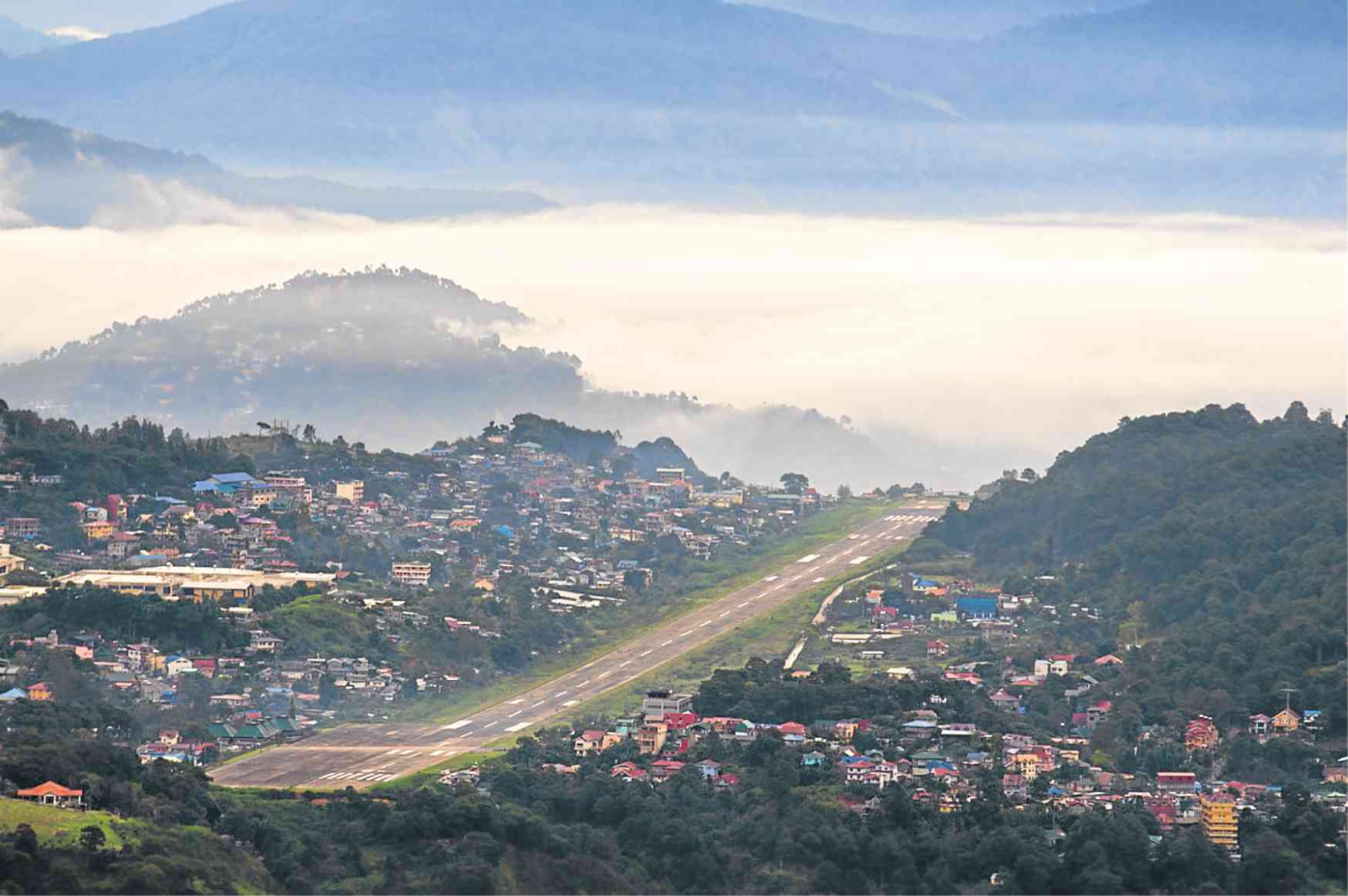 MOUNTAIN LANDING Loakan Airport plays an important role in the delivery of aid and other provisions to Baguio City and the Cordillera in times of disaster. —RICHARD BALONGLONG

BAGUIO CITY — The reactivation of Loakan Airport here is feasible given that all it takes to pay for its operations is one commercial flight daily, the government’s chief economist said on Thursday.

Briefed about the state of the airport, Socioeconomic Planning Secretary Ernesto Pernia on Thursday said Baguio officials could justify its modernization amid concerns about its irrelevance now that travel to this city took under four hours via the Tarlac-Pangasinan-La Union Expressway, which would soon be completed.

The airport is also too close to San Fernando Airport at Poro Point in La Union province, 68 kilometers from here.

Built in 1934, Loakan Airport used to serve the Manila-Baguio-Manila route of Philippine Airlines.

“CAAP (Civil Aviation Authority of the Philippines) broke even on operational expenses (from that one flight). That data can be used as baseline,” Pernia said.

“If one flight a day can break even CAAP’s operational expenses, so two more flights or four more flights a day would have CAAP earning income to be used for the airport’s further improvements,” he said.

Pernia added: “The idea that Davao [residents] can fly to Clark International Airport [in Pampanga] and then fly to Baguio, or for tourists in Baguio to fly to Boracay Island in Aklan or Basco town in Batanes is among the many possibilities for Loakan.”

The Loakan Airport modernization project would cost the government almost P500 million, half of which would be available this year.

It was almost closed and absorbed by the Baguio City Economic Zone in 2007 during the term of former President and now Speaker Gloria Macapagal-Arroyo. A measure that would have deactivated the airport was filed in the 13th Congress.

Arroyo did not pursue that plan following objections raised by city residents.

Except for proposals in 2013 to host a fleet of inter-island airlines, Loakan Airport had not served any major airlines since the 1990s.

The airport requires equipment that will allow planes to navigate through thick clouds and fog that envelop the runway at certain hours.

“We can’t underestimate the important role [Loakan Aiport] plays in our development in the Cordillera,” Mayor Mauricio Domogan said, adding that its runway allowed Amercian cargo planes and helicopters to fly in provisions when the city was cut off after the 1990 earthquake.

A problem about Loakan Airport involves land settlements at the buffer zones of the runway. The encroachments have prevented CAAP from expanding the runway to accommodate bigger planes.

Pernia said the government could assert its power of eminent domain and buy back lands which encroached into the runway. An alternative road can also be built so residents need not cross the runway, he said.