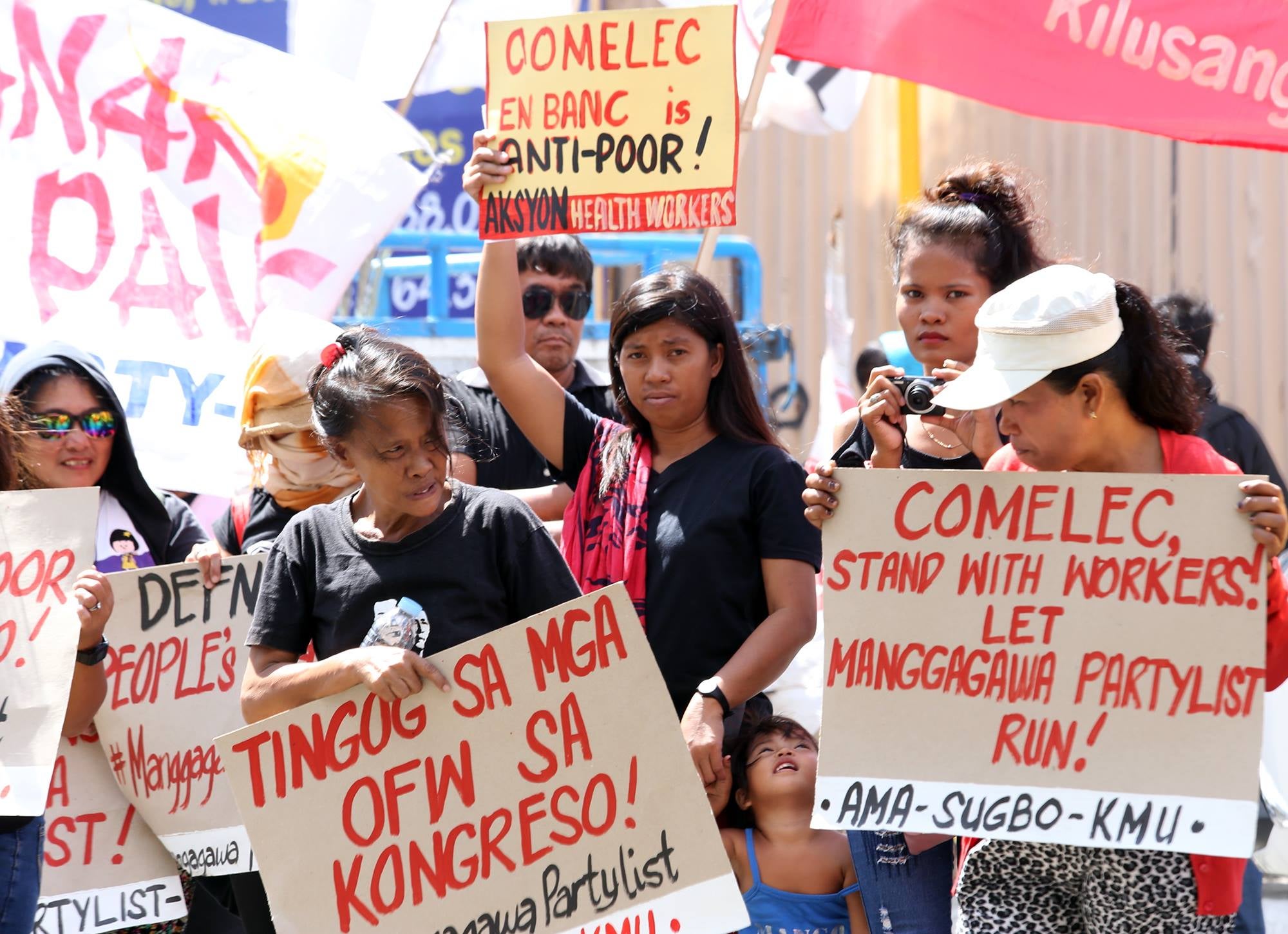 Members of the Makabayan partylist group hold a rally in front of the Commission on Elections Central Visayas office in Cebu City to condemn the disqualification of three partylist groups—Manggagawa, Aksyon Health Workers and People’s Surge—from running in the May 2019 elections. Photo by Junjie Mendoza, Inquirer Visayas

CEBU CITY — Several militant groups in Cebu staged a protest rally on Friday to denounce the decision of the Commission on Elections (Comelec) to exclude three party-list groups from the certified list of candidates in the May 2019 elections.

Carrying posters that seek the poll body’s reconsideration, the groups gathered in front of the Comelec Central Visayas office along Osmeña Boulevard and lamented the disqualification of the Manggagawa, Aksyon Health Workers, and People Surge that, they said, have legitimate concerns to be brought to Congress.

“We condemn this decision of the Comelec as we sympathize with the three groups that were disqualified. These three groups represent the marginalized sectors of the community but got disqualified. On the other hand, here are the other groups which are bogus and yet they were allowed to run,” said Dyan Gumanao of the Bagong Alyansa Makabayan – Central Visayas (Bayan).

Last January 31, the Comelec trimmed the list of party-list groups included in the May 2019 elections from 185 groups to 134.

In a study by election watchdog group Kontra Daya, 62 of the 134 official party-list groups either have links to political dynasties, represent special business interests, or have questionable advocacies./lzb