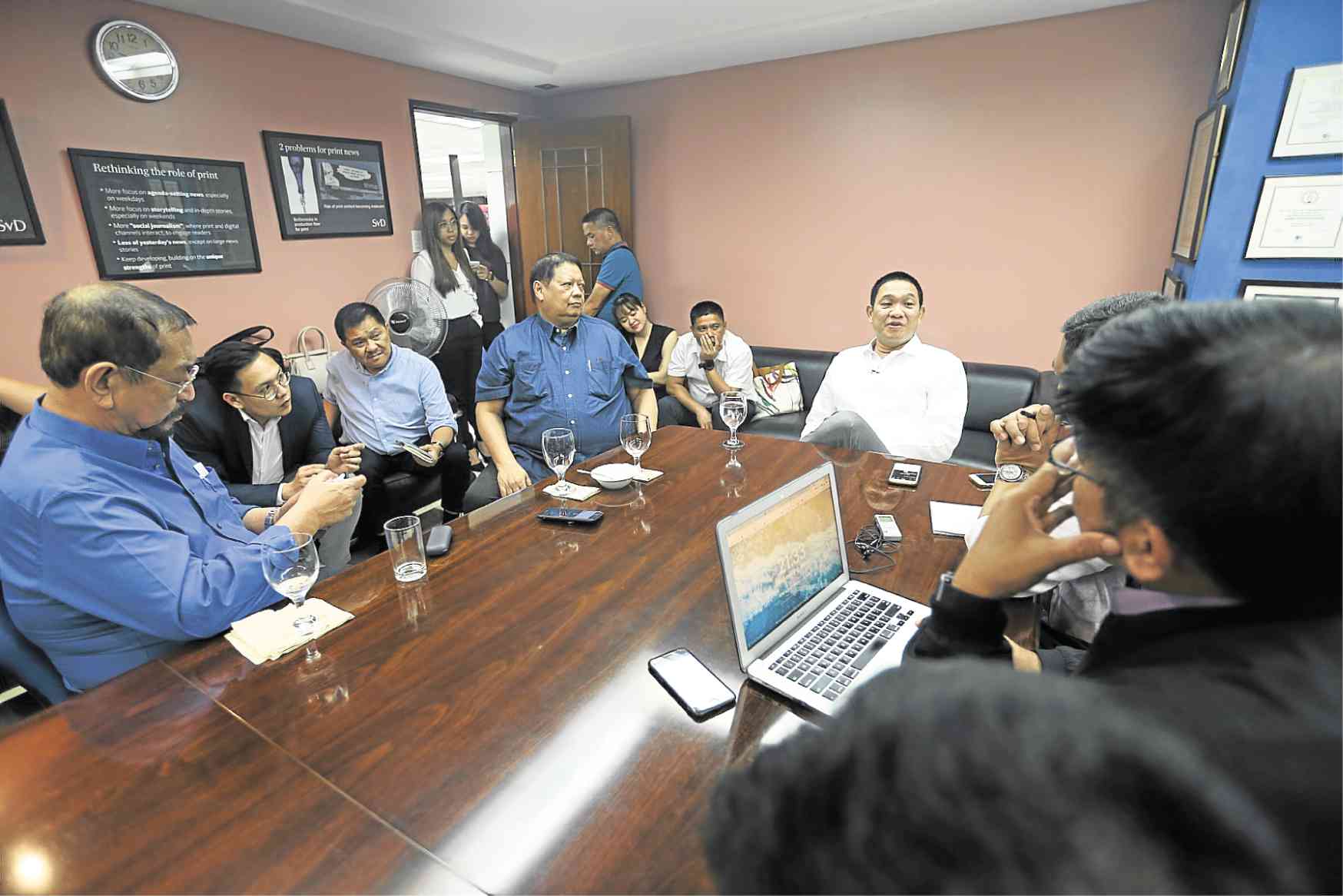 Budget Secretary Benjamin Diokno was wrong in insisting the fourth tranche of a salary increase for government employees, scheduled for payment starting January, could not be implemented without the 2019 budget because he knew President Duterte was going to sign an executive order providing funds for the raise, Camarines Sur Rep. Rolando Andaya Jr. said on Wednesday.

The draft order was already “on the President’s desk for them to give the fourth tranche using the funding source [that I had identified],” Andaya said in an interview with Inquirer editors and reporters.

The source was the Miscellaneous Personnel Benefits Fund (MPBF), which Senators Franklin Drilon, Panfilo Lacson and Bam Aquino also referred to in arguing for payment of the fourth and last tranche of the pay increase that began to be implemented in 2016.

Diokno did not respond to the Inquirer’s request for comment about the draft executive order.

Earlier he said the raise could not be paid until the P3.8-trillion proposed budget for 2019 had been approved.

But because Congress had not yet approved the spending bill, there was no legal basis to implement the pay hike, he said.

The first three tranches of the raise were implemented through a DBM circular, but the pay hike for this year, Andaya said, was to be green-lighted through an executive order so that Diokno would “not be embarrassed, so that it would not look like the President had given him an order.”

Andaya said Department of Budget and Management (DBM) employees had told him about the draft executive order.

He said it was Diokno who submitted the draft order to correct his error, which he blamed on “wrong information given by one of his undersecretaries.”

He also said Diokno was pressing for approval of the already delayed 2019 budget because he had promised to start paying the raise this month.

“But they realized that it would go beyond, would reach March,” Andaya said, adding it would take some time to publish the 2019 budget documents.

The documents include allotment of P1.18 trillion for personnel expenses, up from P1.06 trillion in 2018.

As the government was operating on the reenacted 2018 budget at the start of the year, Diokno said that spending program did not carry funds for the 2019 raise.

The raise would be paid retroactively when the 2019 budget was already in place, he said.

Andaya went to the Supreme Court and asked the tribunal to order Diokno to fund the raise and pay the civil servants. —BEN O. DE VERA

Read Next
Duterte irked by slow pace of land conversion
EDITORS' PICK
Water remains our saving grace right now
COVID-19 wards in 2 more hospitals reach full capacity
World-standard accounting: Unlocking your financial potential
Chatting with companions, answering calls on MRT 3 trains banned
Defend Your Health! Shop health essentials from home with Rose Pharmacy’s Online Sale
Navotas will be on lockdown from July 16 to 29 – Tiangco
MOST READ
Vilma Santos-Recto ‘prepared’ to face ‘consequences’ over ABS-CBN franchise vote
‘I am not my father,’ says daughter of lawmaker who voted to deny ABS-CBN franchise
Did a meme get on Agot Isidro’s nerves? She’s asking ’24 Oras’ to fact-check it
In slap on face of PH, China replies to Locsin on tribunal ruling: It’s invalid
Don't miss out on the latest news and information.