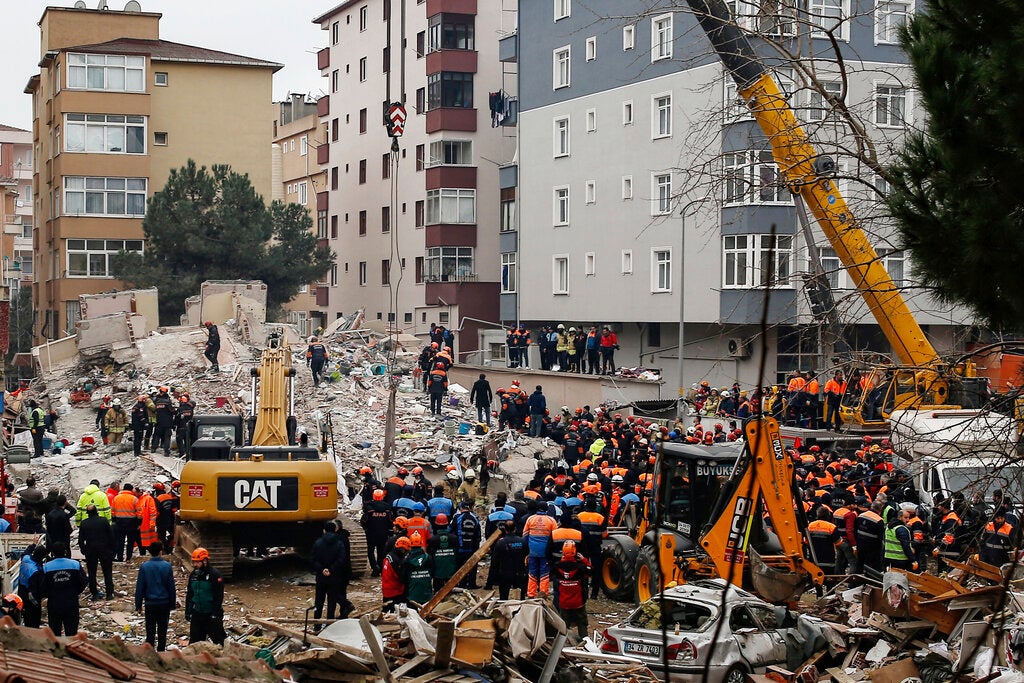 ISTANBUL — Turkish emergency services have pulled out a 5-year-old girl from the rubble of an eight-story apartment building in Istanbul about 18 hours after it collapsed.

The girl, Havva Tekgoz, was carried to a waiting ambulance on a stretcher as one person in a crowd of onlookers chanted “God is great!”

Overnight, a 9-year-old boy was also rescued from the debris.

At least three people have been found dead in the rubble, and 13 people — including Tekgoz — have been rescued.

Istanbul Gov. Ali Yerlikaya told reporters early Thursday that three of those pulled out of the rubble by rescue teams working overnight were in serious condition.

It was not immediately clear how many people were still trapped in the debris of the building on the Asian side of Istanbul in the mostly residential Kartal district.

The building, with 43 people living in 14 apartments, collapsed on Wednesday. The cause was under investigation but authorities said the top three floors had been illegally built. /kga