Measles cases in Central Visayas up by 2,300% in January | Inquirer News

Measles cases in Central Visayas up by 2,300% in January 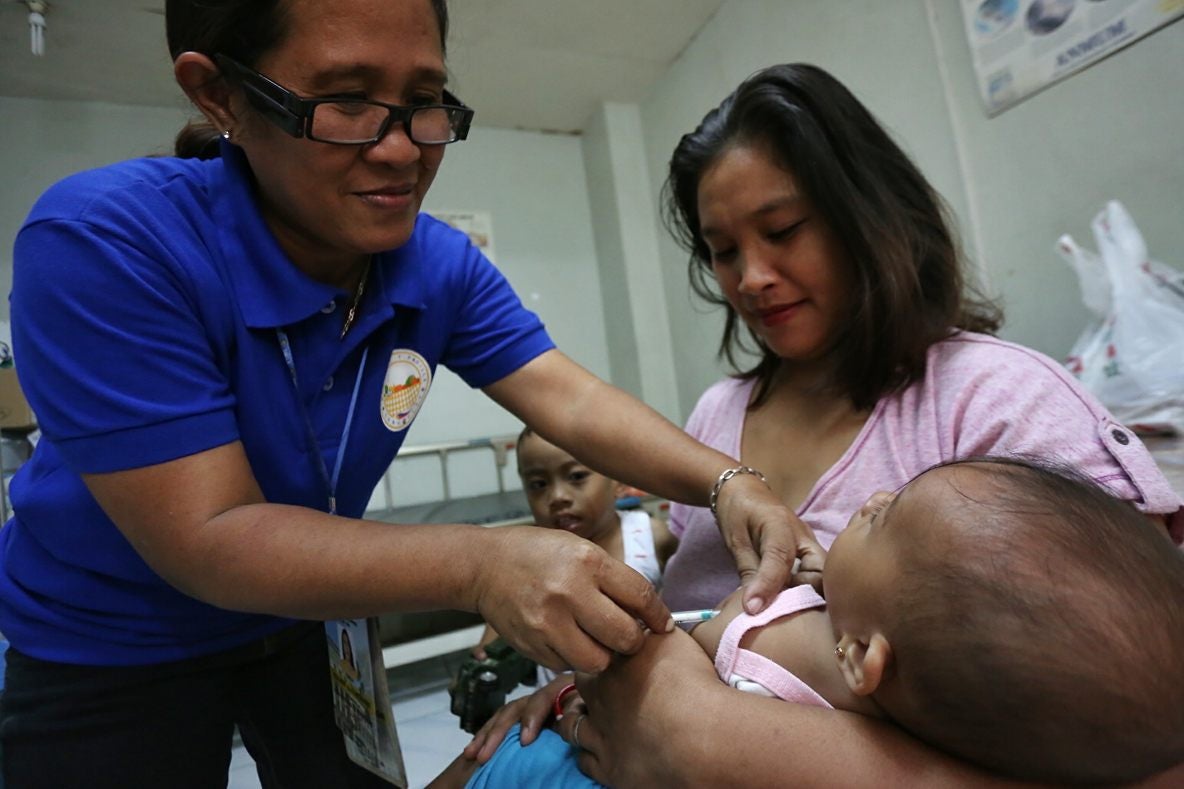 The mother of nine-month-old Kyzhia Hope H. Montellano has decided to have her daughter vaccinated with measles following the rise of measles cases. Ellen Lumayag-Lacson a midwife at the health center in Barangay T Padilla, Cebu City administers the vaccine. Junjie Mendoza / Inquirer Visayas

CEBU CITY — Measles cases in Central Visayas went up by more than 2,000 percent for the first month of 2019, according to health authorities in the region.

Data from the Regional Epidemiology and Surveillance Unit in Central Visayas (RESU-7) shows that 96 cases of measles with one death were recorded from Jan. 1 to Feb. 1.

The figures were 2,300 percent higher compared to the same period last year when RESU-7 recorded only four cases of measles with no fatality.

Most of those afflicted, or 36.5 percent, were one to 5-year-old children.

At least 82 of these cases were in Cebu, while 14 were in Negros Oriental, the same records showed.

In Cebu, most of the patients were from Cebu City, 42, followed by Lapu-Lapu City, 8, and Mandaue City, 5.

Three cases were reported in Toledo and Talisay cities and the towns of Pinamungahan and Liloan, while two cases each in Bogo and Carcar cities; and Cordova town.

One case each was reported in Danao City and the towns of Malabuyoc, Medellin, Tuburan, and Moalboal where the fatality came from.

In Negros Oriental, most of the cases were reported in Bais City and Tayasan town with three each while one case each was reported in Dumaguete City and the towns of Ayungon, Basay, Bayawan, Bindoy, Jimalalud, Manjuyod and Sta. Catalina.

“We then started our catch up immunization for measles,” he added.

They had not lifted the declaration of an outbreak since then, he said.

Bernadas noticed that most of those afflicted with measles were between 16 and 20 years old.

The rise in the cases may be due to the decline in the number of children availing of the measles vaccine which started in 2014 and worsened following the Dengvaxia controversy.

Dengvaxia, a dengue vaccine, has been blamed for the deaths of some children who received it during a government’s mass immunization drive.

But Bernadas said there was a need to conduct a massive education drive since the only way to prevent measles was through vaccination. /lzb