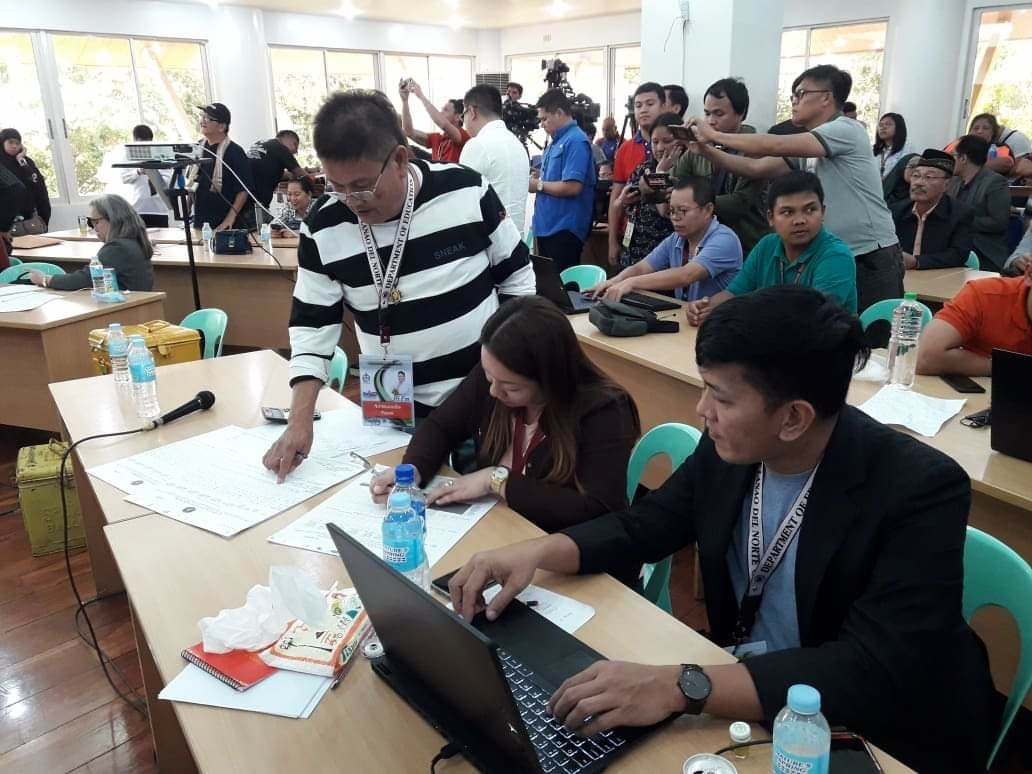 The sub-canvassing unit 2 of the PPBOC finalizes the statement of votes by the municipality. Divina M. Suson

Nine towns, including the six, proposed to join the new territory, voted Yes, according to the final and unofficial results of the plebiscite released by the Joint Task Force Plebisito here on Thursday.

Among the 14 towns whose plebiscite returns have been canvassed, so far, No garnered a total of 157,629 votes against the 81,542 votes for Yes.

This meant that the six towns proposed for inclusion wanted to join the Bangsamoro, and three other towns backed them up, but other towns in the province do not want to let go.

Among the towns where the Yes votes had an overwhelming win were Munai, Nunungan, Pantar, Tagoloan, Baloi, and Tangkal, which were proposed for inclusion in the Bangsamoro; and the neighboring Pantao Ragat, Poona Piagapo, and Salvador towns.

Lanao del Norte, which has a total of 334,356 registered voters, posted an election turnout of 71.53 percent, election officials said.

The canvassing was slightly delayed because the election returns from the coastal town of Linamon took a long time to arrive. /lzb