Maldives ex-president to be charged with money laundering | Inquirer News

Maldives ex-president to be charged with money laundering 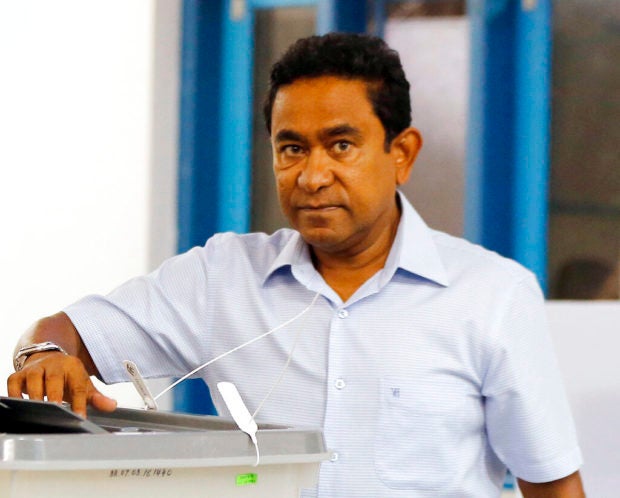 In this Sept. 23, 2018, file photo. then Maldivian President Yameen Abdul Gayoom casts his vote at a polling station during the presidential election in Male, Maldives. Police asked the Maldives’ prosecutor general to charge Yameen with money laundering and his former Cabinet minister with aiding him. AP

MALE, Maldives — Police in the Maldives have asked the country’s prosecutor general to charge a former president with money laundering and his former Cabinet minister with aiding him.

The case stems from an allegedly shady deal to lease islands for tourist resort development and the discovery of $1 million in Yameen’s bank account.

Police also said they asked the prosecutor general to charge Yameen and Shakoor with providing false information to investigators.

Yameen lost the presidential election last year after a five-year strongman rule, during which he was accused of corruption and suppressing freedoms.

His successor, Ibrahim Mohamed Solih, has promised to investigate corruption and other allegations against Yameen and members of his administration.