Metro Manila bridge to be reused by Pangasinan islanders 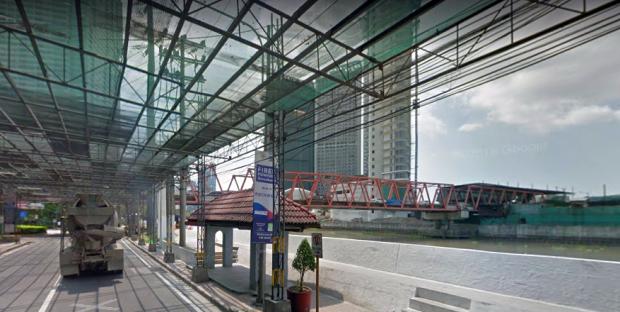 As the saying goes: Don’t burn bridges. You never know who else would need one.

Estrella-Pantaleon Bridge, whose impending demolition had been strongly opposed by commuters and motorists for its potential to worsen traffic congestion in Metro Manila, will soon find a new home some 200 kilometers away.

The Metropolitan Manila Development Authority (MMDA) and the Department of Public Works and Highways (DPWH) on Wednesday agreed to donate the span’s steel components to the island of Santiago in Pangasinan province, where a new bridge will be constructed.

Both agencies pushed for the demolition and reconstruction of the two-lane steel bridge linking Makati and Mandaluyong cities, saying the nine-year-old Estrella-Pantaleon span was structurally unsound and vulnerable to a powerful earthquake.

But the bridge’s steel frames were apparently “still in mint condition,” according to Tim Orbos, a former MMDA general manager and undersecretary for roads of the Department of Transportation.

Orbos, who is currently vying for a House seat to represent the first district of Pangasinan, earlier requested that the bridge’s remnants be donated to the province as soon as the DPWH announced that the bridge was to be demolished.

He noted that Pangasinan was the  only local government to have expressed interest in reusing the steel frames.

Before it was closed down last month, Estrella-Pantaleon Bridge served at least 40,000 motorists daily, or twice its intended capacity. The DPWH cited this as the main reason why it had to be expanded into a four-lane concrete bridge.

In less populated Santiago, its future home, the bridge is expected to serve 35,000 residents, Orbos said.

Located off the northeast coast of Bolinao, the island is currently accessible only by ferry, he added, yet its distance from the mainland is only about 200 meters or about the same distance between Makati and Mandaluyong.

In a statement, Pangasinan Gov. Amado Espino III said having the new bridge could mean progress for the islanders.

The provincial government has yet to draw up plans for bridge construction, Orbos said, but he estimated that the cost would be reduced by half if steel frames handed down from Estrella-Pantaleon Bridge are to be used.

Not a new concept

Donating parts of a dismantled bridge isn’t a new concept, Orbos recalled. After the 1990 earthquake, the municipality of Anda, Pangasinan, also benefited from such an arrangement, when it received parts of the old Carmen-Rosales Bridge to have a new one built.

MMDA General Manager Jojo Garcia said donating parts of Estrella-Pantaleon Bridge to a less populated town like Santiago was a better fit than giving them to other highly urbanized cities in the capital.

“Instead of acquiring material of the same kind for constructing a bridge, we will just make use of what we already have that are still structurally sound,” Garcia said.