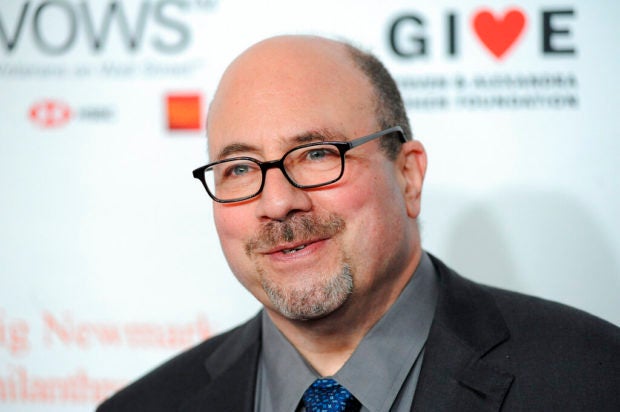 In this Nov. 5, 2018 file photo, Craig Newmark attends the 12th annual Stand Up For Heroes benefit red carpet at the Hulu Theater at Madison Square Garden in New York.  AP

PASADENA, California — The founder of Craigslist says he will donate $15 million to Columbia University and the Poynter Institute for separate efforts promoting ethics in journalism.

The announcement on Wednesday establishes Craig Newmark in the forefront of philanthropists focused on journalism, a cause he’s supported with some $85 million in the past few years. Some in the industry see irony in that, since the online classified advertising site that made him rich took away a lucrative revenue source for many newspapers.

Columbia, with one of the leading graduate journalism programs in the country, will get $10 million to establish the Craig Newmark Center for Journalism Ethics and Security. The Florida-based Poynter think tank will get $5 million, its largest single donation ever, to offer additional journalism ethics training.

Newmark said he’s been concerned since the 2016 election about attacks on the press and the trust of citizens in the institution. Among his other gifts has been $20 million to establish a graduate school for journalism at the City University of New York.

“A trustworthy press is the immune system of democracy,” Newmark said.

Technology has made ethical issues much more complex than they used to be, said Steve Coll, dean of the Columbia Graduate School of Journalism. The ability to manipulate video, the need to protect sources in a high-tech world and provide security for journalists against online harassment are all issues that will be ripe for study in the new center Columbia will set up, he said.

Columbia will soon begin searching for a professor to direct the effort, he said.

Newmark, Coll said, “has decided to use his wealth very deliberately and we’re all appreciative of that.”

Kelly McBride, senior vice president at Poynter who has been the go-to expert for many in the journalism community who have questions about the ethical aspects of doing their job, said there’s been an increase in requests for help from newsrooms and individuals over the past two years.

“I feel like the industry is calling out for some sort of reinforcement,” she said, “and I really hope that we can be that resource in a much larger way than we do right now.”

The naming gift will create a new center for ethics and leadership at Poynter, where Newmark is a member of the board of directors.
Newmark said guilt about Craigslist’s impact on journalism doesn’t motivate him. While he said Craigslist had some effect on newspaper revenues, several other factors contributed to the financial troubles of journalism, and a focus on the company he created “is entirely misplaced.”

If Craigslist hadn’t created the online classified business, “it would have been someone else,” Coll said.

“Craig has really stepped up,” he said. /ee